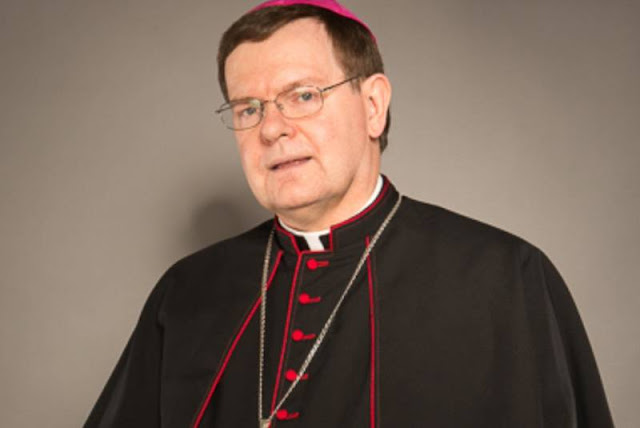 Bishop Appointed for the Diocese of Antigonish

Bishop Kirkpatrick was born in St. Catharines, Ontario, on 5 June 1957. He obtained a Bachelor of Arts (Philosophy) from St. Jerome's College at the University of Waterloo (1980) prior to entering St. Augustine's Seminary in Toronto from which he obtained a Baccalaureate of Sacred Theology (S.T.B.) and a Masters of Divinity (1984). He later obtained a Licentiate in Canon Law from Saint Paul University in 1990. He was ordained to the priesthood for the Diocese of St. Catharines on 1 September 1984 and, following his ordination, served as associate pastor and pastor for parishes within the diocese from 1984 to 2005. His pastoral ministry also included serving as Chaplain for the Niagara Detention Centre (1986-1988), Associate Judicial Vicar of the Toronto Regional Tribunal for the St. Catharines Branch (1990-1995), Diocesan Vice Chancellor (1990-1995) and Chancellor (1995-2012), Judicial Vicar of the St. Catharines Diocesan Tribunal (1995-2012), Diocesan Finance Officer (1995-2000), Diocesan Consultor (1995-2012), Moderator of the Curia (2005-2012), Diocesan Administrator (2010), and Rector of the Cathedral of Saint Catherine of Alexandria (2005-2012). He was appointed Auxiliary Bishop of the Archdiocese of Toronto on 18 May 2012 and ordained Bishop at St. Catharines on 25 July 2012. As Auxiliary Bishop of Toronto, Bishop Kirkpatrick served the pastoral needs of the faithful in the Northern Pastoral Region. He likewise served as the Episcopal Vicar for religious institutes of men and women for the Archdiocese and as Episcopal Vicar for the Francophone community.

As a member of the Canadian Conference of Catholic Bishops (CCCB), Bishop Kirkpatrick currently serves as the CCCB episcopal representative with the National Christian Muslim Liaison Committee, Bishop ponens with the Association of Catholic Colleges and Universities in Canada (ACCUC) and member of the Roman Catholic-United Church of Canada Dialogue.