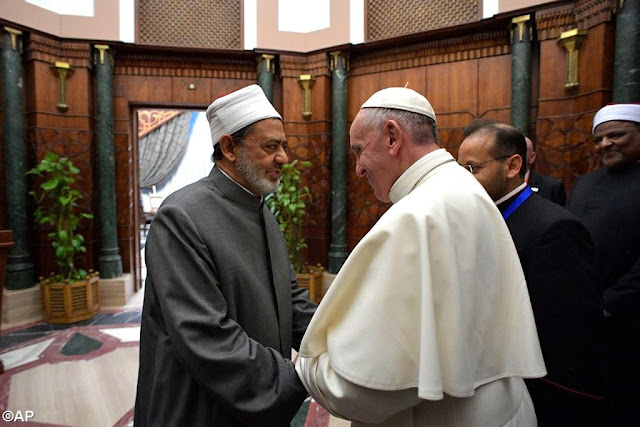 On 20 August 2019 a High Committee was established to achieve the objectives contained in the Document on Human Fraternity for World Peace and Living Together (Abu Dhabi, 4 February 2019). It is currently composed of Christian, Muslim and Jewish members, and chaired by Cardinal Miguel Ángel Ayuso Guixot, president of the Pontifical Council for Interreligious Dialogue.

Yesterday, the members of this Committee, led by Cardinal Ayuso Guixot and Judge Muhammad Abd al-Salam, met in New York with the Secretary General of the United Nations, Dr. António Guterres, to convey to him a message from Pope Francis and the Grand Imam of Al-Azhar Ahmed Al-Tayyeb. The message proposes that 4 February be declared World Day of Human Fraternity and asks the United Nations to participate, together with the Holy See and Al-Azhar, in the organization, in the near future, of a World Summit on Human Fraternity.

Dr. Guterres expressed his appreciation for and openness to the initiative, underlining the importance of working in the service of the whole of humanity. He also appointed Dr. Adama Dieng, the United Nations Secretary General’s Special Adviser on Hate Speech and the Prevention of Genocide, as the United Nations Representative to follow the proposed activities and to collaborate with the High Committee.