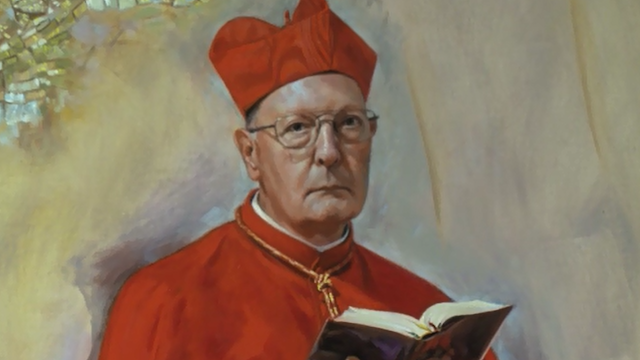 Biography
Born in Malta, Cardinal Grech entered the Order of St Augustine in 1943 and was ordained in 1950.

After teaching theology at the Augustinian College and at the Mater Admirabilis College in Malta, he was appointed dean of the Augustinian Theological Institute in 1965. In 1969 he founded the "Augustinianum" Institute for Patristic Studies, where he was dean from 1971 until 1979.

At the age of 86, he was created a Cardinal by Pope Benedict on 18 February 2012. In view of that appointment, he received episcopal ordination on 8 February 2012. On the first afternoon of the conclave that elected Pope Francis, Cardinal Grech was chosen to give the homily.

Earlier this year, in February, Pope Francis paid Cardinal Grech a compliment when he met with the professors and students of the Augustinianum. The Pope greeted Cardinal Grech in a special way, acknowledging him as one of the founders of the Institute. Then he said of Cardinal Grech: "his homilies are truly simple... Those who are wise, when they reach a certain age, take on a grandiose simplicity, which does so much good".

His own memories
In March 2013, Vatican Radio’s Veronica Scarisbrick spoke with Cardinal Grech about his experiences in the Vatican and some memories of the Popes he served as sacristan. As providence would have it, he would be the one to hear Cardinal Montini’s confession before he became Paul VI.
Full Text Source: VaticanNews.va
Posted by Jesus Caritas Est at 4:15 PM