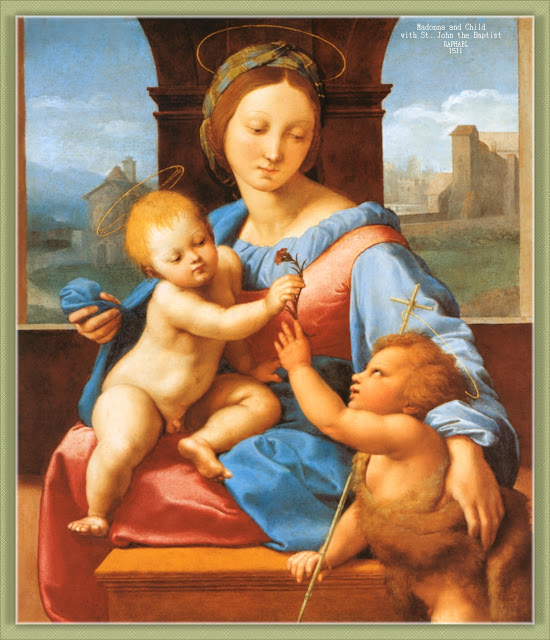 Thus says the Lord GOD:
Lo, I am sending my messenger
to prepare the way before me;
And suddenly there will come to the temple
the LORD whom you seek,1
And the messenger of the covenant whom you desire.
Yes, he is coming, says the LORD of hosts.
But who will endure the day of his coming?
And who can stand when he appears?
For he is like the refiner's fire,
or like the fuller's lye.
He will sit refining and purifying silver,
and he will purify the sons of Levi,
Refining them like gold or like silver
that they may offer due sacrifice to the LORD.
Then the sacrifice of Judah and Jerusalem
will please the LORD,
as in the days of old, as in years gone by.

Lo, I will send you
Elijah, the prophet,
Before the day of the LORD comes,
the great and terrible day,
To turn the hearts of the fathers to their children,
and the hearts of the children to their fathers,
Lest I come and strike
the land with doom.

When the time arrived for Elizabeth to have her child
she gave birth to a son.
Her neighbors and relatives heard
that the Lord had shown his great mercy toward her,
and they rejoiced with her.
When they came on the eighth day to circumcise the child,
they were going to call him Zechariah after his father,
but his mother said in reply,
"No. He will be called John."
But they answered her,
"There is no one among your relatives who has this name."
So they made signs, asking his father what he wished him to be called.
He asked for a tablet and wrote, "John is his name,"
and all were amazed.
Immediately his mouth was opened, his tongue freed,
and he spoke blessing God.
Then fear came upon all their neighbors,
and all these matters were discussed
throughout the hill country of Judea.
All who heard these things took them to heart, saying,
"What, then, will this child be?
For surely the hand of the Lord was with him."
Posted by Jesus Caritas Est at 10:36 AM