BREAKING Death Toll from Corona Virus at 81 People and 2,761 Infections and it has Spread to 10 Countries 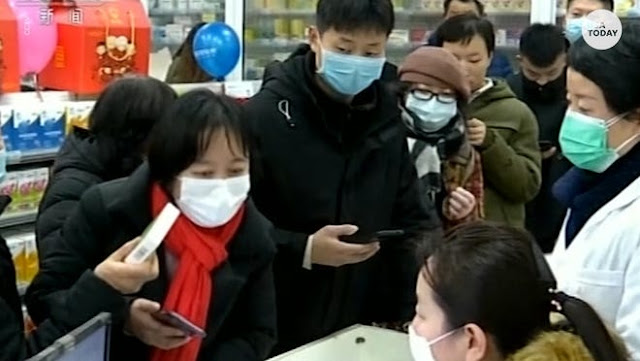 Coronavirus, Beijing confirms 81 dead and 2,761 infections
Almost half of the infections occurred in the province of Hubei, the epicenter of the epidemic.  Hong Kong, where there are eight cases, has imposed a ban on access to those who have visited the area in the past 14 days.  Thailand is among the Asian countries with the highest number of infected people.  The virus has already reached Oceania, America and Europe.

Wuhan (AsiaNews / Agencies) - The updated toll of the pulmonary epidemic that broke out in Wuhan (Hubei province) is 81 dead and 2,761 cases of infection and is now spreading to various regions of China, Asia and the world.  The Beijing government announced this morning that it has extended the holidays for the lunar New Year: the largest companies in the country have closed or ordered staff to work from home, in an attempt to curb the spread of the coronavirus.

The total number of confirmed cases in China has increased by around 30%.  Almost half of the infections occurred in the Hubei province.  Health officials say the death toll from the flu-like virus in the province has risen to 76 from 56;  five other deaths are reported elsewhere in China: the southern province of the island of Hainan reported the first death today.

Hong Kong, where there are eight cases of contagion, has imposed a ban on access to those who have visited Hubei in the past 14 days.  The ban does not cover residents.  A limited number of cases have been confirmed in more than 10 countries, linked to people from Wuhan, but no deaths are reported outside of China.

Among the Asian territories with the highest number of infected people are Thailand (eight cases);  Macau (five);  Japan, Malaysia and Singapore (four);  South Korea and Taiwan (three);  Vietnam (two);  Nepal (one).  But the virus has already reached Oceania (five cases of infection in Australia), America (as many in the United States) and Europe (three in France).
Full Text Source: Asia News IT
Posted by Jesus Caritas Est at 9:43 AM