#BreakingNews Earthquake in Turkey Kills 41 people and Injures over 1,000 with Great Damage 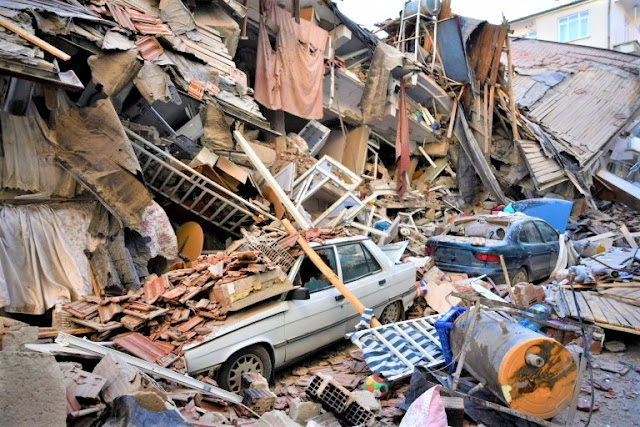 An earthquake hit the eastern province of Elaziğ killing at least 41 people and injuring over 1,000. Aid and rescue are trying to provide basic supplies, food and clothing which are needed.

Deutshe Welle reports that the lack of preparations had been fatal. According to Turkish authorities, the official death toll has now risen to 41 and more than 1,000 people have been hospitalized. Ibrahim Altan, the general director of the Turkish Red Crescent, says it is thanks to the quick response of Turkish emergency services that more people didn't die. "I got scared when I heard how severe the earthquake was," he says. "Thank God we have seen limited destruction only," adding that "emergency services are rapidly conducting search and rescue missions, the teams are highly coordinated." So far, authorities have rescued 45 people alive.
The quake hit the eastern province of Elaziğ, 550 km east of the capital Ankara. Less than 24 hours after the disaster, a Caritas Anatolia representative reached the area and began looking into the situation between the cities of Malatya and Elaziğ.

The government, the Disaster and Emergency Management Presidency (AFAD), and the Red Cross are already active in Elaziğ where the damage is greatest.

Aid is pouring in from various municipalities and associations, but a lot of food and aid of different kind is reportedly being wasted.

The representative of the Catholic charity visited some of the villages around Elaziğ, in particular Pütürge and Doğanyol, which are 1,950 metres above sea level.

Here, aid was distributed and tents set up in front undamaged houses, but in some areas very little aid has arrived.

Food, blankets, stoves and winter clothes are needed in the current emergency situation; diapers and special food are needed for children.

An estimate US$ 3,000 are needed for food and travel to bring aid. Other villages between Malatya and Elaziğ are expected to be in similar conditions.
Edited from AsiaNewsIT and DW
Posted by Jesus Caritas Est at 9:39 AM