#BreakingNews over 80 People Killed and over 100 Injured and Thousands Displaced in Attack of West Dafur, Sudan 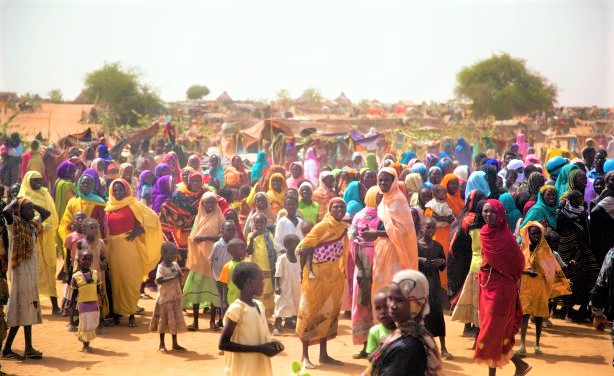 All Africa.com report from Radio Dabanga (Amsterdam):
El Geneina — More than 80 people were reportedly killed and at least 190 others injured in the tribal violence that broke out in El Geneina, capital of West Darfur, on Sunday. At least 80,000 people have been effected. 8,111 families fled their homes. The El Geneina Crisis Committee formed after the violent events accuses the West Darfur government of complicity.

Fighting reportedly broke out on Sunday evening after a young Masalit tribesman killed an Maaliya herder at El Bursa Market in Kerending camp. In response the relatives of the victim attacked relatives of the perpetrator and killed two of them, wounded others, and torched the market.

The Masalit Sultanate said in a press statement on Tuesday that a number of militant herders were riding in vehicles belonging to the Rapid Support Forces (RSF) militia. Others came in private vehicles, motorcycles, horses, and camels. They torched the two Kerending camps, and attacked districts in El Geneina, a number of neighbouring villages, and the western part of Mornei camp.

Osman Jaafar, Secretary General of the Sudanese Red Crescent Society, said that 8,111 families fled the two Kerending camps that burned to ashes, and Hashaba, Mouli, and Habila villages. They are currently accommodated in schools and mosques in El Geneina.

The High-level Crisis Management Committee for the Events in El Geneina and the Kerending Camps reported on Thursday that more than 80 people died and 190 others were injured. More than 5,000 heads of livestock, 200 motorcycles, 300 rickshaws, more than 180 vehicles of all kinds, and millions of Pounds in cash were stolen.

According to the committee, the total number of affected consists of 32,555 displaced people from the burned Kerending camps and more than 50,000 residents of villages and El Geneina districts neighbouring the camps.

The Sudanese Red Crescent Society stated on Thursday that it transported 48 bodies to the morgue of El Geneina Hospital on Wednesday. They counted 241 injured.

Red Crescent Society staff took 55 injured people to El Geneina Hospital on Wednesday. 19 others were transported in a critical condition to El Geneina Airport and from there to better equipped hospitals in Khartoum. First aid was provided in the field to 167 wounded.

"The events began on Saturday, December 28, when members of the Rapid Support Forces and janjaweed militiamen gathered near the camps with all their arms, and with the knowledge of the state authorities." - El Geneina Crisis Committee
Peace talks

On Monday, the Sudan Revolutionary Front rebel alliance in the South Sudanese capital of Juba, where peace talks are being held between the Sudanese government and armed movement, responded to the events by suspending negotiations on the Darfur track. They said they hold the government in Khartoum responsible, and will only return to the negotiation table after a proper investigation into the violence.

Shortened from the Text Source: All Africa.com report from Radio Dabanga (Amsterdam)