Politicians must be men and women sincerely in love with Peace according to Fr. Donald Zagore, of the Society for African Missions 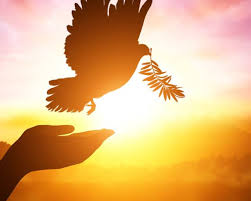 Abidjan (Agenzia Fides) - "Ivorian politicians must be men and women sincerely in love with peace. Our Country really needs politicians who are apostles of peace and reconciliation". This is what Ivorian theologian Fr. Donald Zagore, of the Society for African Missions (SMA) tells Agenzia Fides. The Christmas period in the country was characterized by political tensions fomented by the arrest warrant for Guillaume Soro, a former rebel leader. Accused of money laundering and violation of State security, Soro had recently announced his candidacy for the presidential elections in October 2020 (see Fides, 4/12/2019) and should have returned to the Country after more than six months abroad. There was also the appeal of the Church which, through the voice of Cardinal Jean-Pierre Kutwa, Archbishop of Abidjan, asked for the release of Soro's supporters.
"We have become prisoners of our politicians. Our peace, tranquility and stability depend on them and it is not fair", said Fr. Zagore. "So far, the politicians of our battered country have brought only sadness and desolation. The 'political king' mentality, which gives itself the right to life and death on the population, must change", continues Zagore. "Violence, frustration and revenge, which are constantly the most popular tools and methods in the Ivorian political world, will not help build a rule of law and, above all, a country of peace. Hatred and revenge form an endless vicious circle. The country needs peace and reconciliation". (DZ/AP) (Agenzia Fides, 3/1/2020)
Posted by Jesus Caritas Est at 11:08 AM