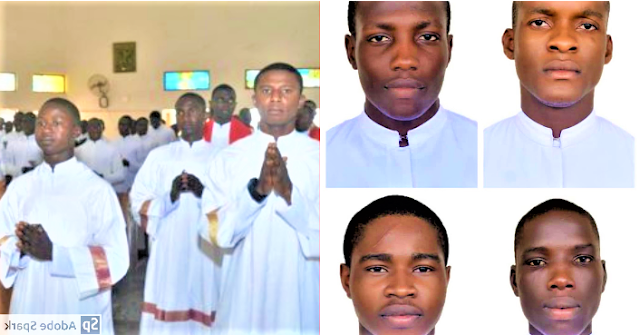 Four seminarians were kidnapped in Kaduna, Nigeria, on Monday, 13 January 2020. However, there is still no news of the four seminarians in the "Good Shepherd d Kakau" Major Seminary along the Kaduna-Abuja highway. The village is located near Kaduna, capital of the State of Kaduna, in central Nigeria. On January 8, between 10:30 pm and 11:00 pm some bandits attacked the Seminary, firing indiscriminately.  There were no injuries or victims from the fire. According to a police spokesman, the attack lasted about thirty minutes and the bandits "had access to the school dormitory, which houses 268 students". The kidnapping of priests and ecclesiastical personnel for ransom has taken place many times in Nigeria. The local Episcopal Conference has prohibited the payment of ransoms for the release of kidnapped priests, religious and seminarians for some years.
The Catholic charity, Aid to the Church in Need. has named Pius Kanwai, 19, Peter Umenukor, 23, Stephen Amos, 23, and Michael Nnadi, 18, as the men abducted on the 8th of January from the Good Shepherd Major Seminary.
The Archdiocese in Nigeria has asked for prayers for their release....
Edited from Fides and ACN
Posted by Jesus Caritas Est at 12:41 PM