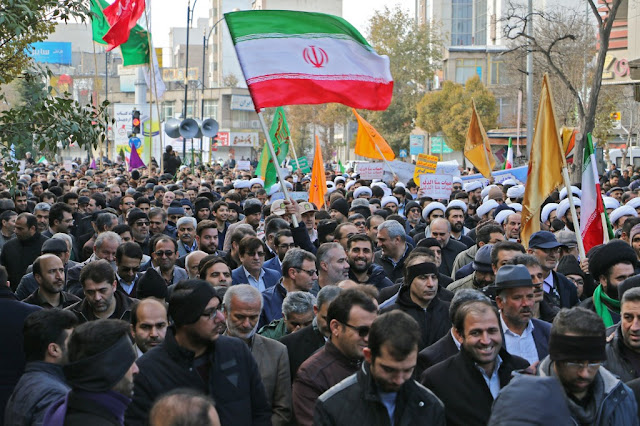 AsiaNews report: Tehran, fifth day of protests (and first arrests) for the shooting down of the Ukrainian plane
Citizens anger at authorities admission of responsibility, after days of denials. A video would show two, not one, missiles launched by the Iranians against the aircraft. Rouhani: the culprits of the "tragic event" will be punished, the government is "responsible" for the victims.


Tehran (AsiaNews / Agencies) - In Iran, appeals and messages are multiplying online and on the main social media networks, inviting citizens to take to the streets - for the fifth consecutive day - to protest against the shooting down of the Ukrainian airliner. The first admissions of responsibility by the authorities also contributed to unleashing the anger of the citizens, confirming that they had "accidentally" shot down the plane after days of categorical denials.

"We are coming to the streets" reads an online post, which invites citizens of the whole nation to demonstrate against "a corrupt government and thieves". Another message summons the population of Hamedan to take to the streets. University students are on the front line, while the authorities continue to deny videos and images on the internet that would show a violent repression of the demonstrations, including the use of bullets and firearms.

The aircraft crashed on the night of maximum tension (January 8) between the Islamic Republic and the United States, when Tehran launched a missile attack against US targets in Iraq in response to the killing of General Qasem Soleimani, head of the Qods Force. And according to images verified and published by the New York Times, there were two, and not one, rockets fired - 30 seconds apart - by the Iranian military against the scheduled flight.

The rockets, report the US newspaper, were fired from a base of the Islamic Republic about 12 km away from the aircraft. This new video would also explain why the vehicle's transponder stopped working before being hit by the second missile, thus causing the death of all 170 people on board, mostly Iranian and Canadian citizens.

Meanwhile, the Iranian government has admitted the first responsibilities and promised that those responsible for the affair will be brought to justice. The first arrests took place yesterday morning, as confirmed by the spokesperson for the judiciary in Tehran Gholamhossein Esmaili. "There have been thorough investigations - he stressed - and some people have been arrested". According to the BBC, among the arrested there is also the person who released the first video circulated in recent days that proved the plane was hit by a rocket.

Lastly, Iranian President Hassan Rouhani also intervened yesterday and in a speech on TV he promised to punish the guilty, adding that the "tragic event" will be investigated. "It is - he said - an unforgivable mistake and there cannot be a single person responsible" for what happened, adding that the government "is responsible towards the Iranian nation and the other nations that mourn the victims of the accident".
Full Text Source: AsiaNewsIT
Posted by Jesus Caritas Est at 8:39 AM