Saint January 18 : Saint Jaime Hilario Barbal who entered Seminary at age 12 and said “To die for Christ, my young friends, is to live.” 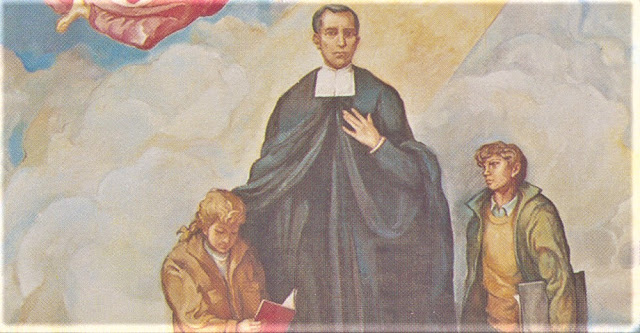 Manuel Barbal Cosan was born on 2 January 1898 in Enviny, a small town at the foot of the Pyrenees in northern Spain. Known for his serious nature, he was only 12 years old when, with the blessing of his devout and hardworking parents, he entered the minor seminary of the diocese of Urgel. He soon developed hearing problems and was advised to return home. Convinced that God was calling him, he was overjoyed in 1917 to learn that the Institute of the Brothers would accept him in the novitiate at Irun, Spain. After sixteen years in various teaching assignments, his hearing problems forced him to abandon the classroom to work in the garden at the house of formation at San José, in Tarragona.
In July of 1936 he was at Mollerosa on his way to visit his family at Enviny when the civil war broke out. Recognized as a Brother, he was arrested and jailed. In December he was transferred to Tarragona and confined in a prison ship with several other brothers. On 15 January 1937 he was given a summary trial.
Though he could have been freed by claiming to be only a gardener, he insisted on his identity as a religious and thereby sealed his doom. He was brought to the cemetery known as the Mount of Olives on 18 January to face execution. His last words to his assailants were

“To die for Christ, my young friends, is to live.”