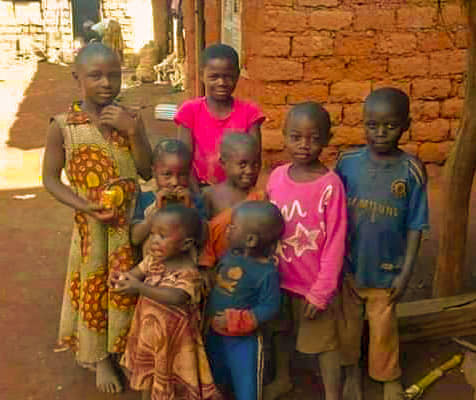 In one of the two English-speaking regions, that of the North West, a massacre of civilians was committed, mostly women and children. The crime was perpetrated on the night of February 14-15 in Ngarbuh-Ntumbaw in the Donga-Mantung department. According to the UN, there are 22 victims, among whom there are 14 children, including 11 girls under the age of 5, a pregnant woman and two women. The secessionist rebels accused the Cameroonian army of being responsible for the massacre, but rejected the accusations. (L.M.) (Agenzia Fides, 17/2/2020)
AFRICA/CAMEROON - "Ballot boxes almost completely deserted by voters", report observers of "Justice and Peace"

Yaoundé (Agenzia Fides) - Peaceful elections but almost entirely deserted by voters. This is what His Exc. Mgr. Abraham Kome, Bishop of Bafang, Apostolic Administrator of Bafia and President of the National Episcopal Conference of Cameroon (CENC) reported in a press meeting in which he presented the evaluations of the electoral observers sent by the Episcopal Commission for Justice and Peace in the polling stations for the municipal and legislative elections of 9 February.
The "propensity to abstain was almost general", said Mgr. Kome who brought some examples: "in the Bissono gendarmerie in Sangmelima, there were 85 voters out of 310 registered; in Ngwui par Dschang, 50 voters out of 200 registered; in Batouri the abstention rate was 80.57%; in Bertoua, 70%". "The low turnout undoubtedly means that the basic law of the electoral code that governs the elections in Cameroon must be revised in order to arouse people's enthusiasm in the fulfillment of their civil duty", underline the Bishops in the statement presented by Mgr. Kome.
CENC deployed 262 observers who were deployed in 46 departments across 58 Countries. Mgr. Kome added that due to the insecurity in the North West and South West regions, the 17 CENC observers in these two regions were unable to do their job. An insecurity that "has prevented many citizens from exercising their civil rights", underline the Bishops.
FULL TEXT Press Release: from Fides.org - Image of children killed - Viral photo from https://www.dailynewscameroon.com/ - Facebook