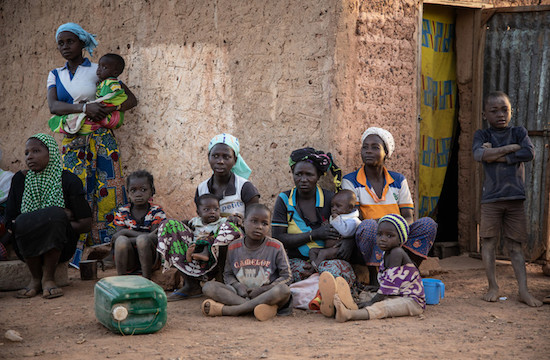 AFRICA/BURKINA FASO - A catechist killed in the north of the Country. Out of 6 parishes in the diocese of Dori, 3 are closed due to terrorism

Ouagadougou (Agenzia Fides) – The victims of the jihadist attack committed on Sunday, February 16 in the village of Pansi, not far from Sebba, in the province of Yahgha, in northern Burkina Faso were not protestant faithful gathered to pray, as reported at first, but a group of villagers of different faiths (see Fides, 17/2/2020).
This is what Church sources in Burkina Faso point out to Agenzia Fides, according to which, among the 24 people killed, one was a Catholic catechist. The catechist "was one of the first catechists sent on a mission when the diocese of Dori was founded, which roughly corresponds to the Sahel part of Burkina Faso", say Fides sources, who asked for anonymity for security reasons.
Following the attack, the decision was to also close the parish in Sebba. The diocese of Dori has a huge territory, Catholics are about 2% of the population. There are 6 parishes, 3 of which have been closed due to the attacks committed by jihadists. The clergy was brought together in Dori as well as the titular catechists together with their families. In the case of Sebba we are talking about a hundred people, with the family members of the catechists, who are housed in the structures of the Cathedral, which are added to those displaced in recent months by the other two parishes which were previously closed. (L.M.) (Agenzia Fides, 20/2/2020)