#BreakingNews Coronavirus Death Toll is now over 1000 with 42,708 People Infected 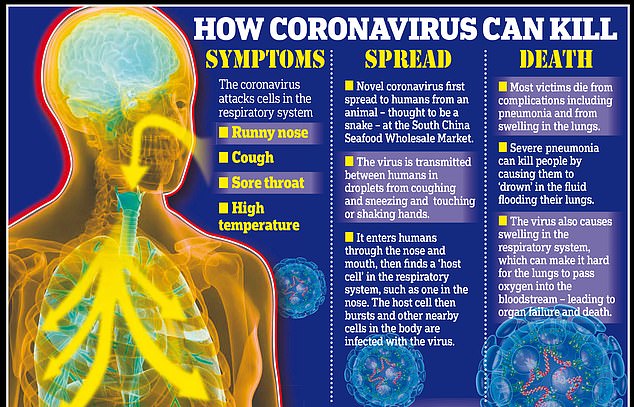 Coronavirus: over 1000 dead; 108 yesterday
AsiaNews Report by Wang Zhicheng
Yesterday the deadliest day since last January. Several Wuhan health authorities resign, replaced by authorities sent from Beijing. The appearance, with a mask, of Xi Jinping. The collapse of Wuhan hospital facilities. Two other doctors suffer the same fate as Li Wenliang: silenced by the police for having raised the alarm on the epidemic.

Beijing (AsiaNews) - The death toll from the coronavirus epidemic spreading in China has reached 1017 victims. There were 108 deaths yesterday, the highest number in a single day since the first victim recorded last January.

Health authorities confirm that there were 42,708 people infected until yesterday evening; the suspected cases are 21,675. 3998 people have been successfully treated so far.

Yesterday, after a long period of silence, President Xi Jinping reappeared, visiting a hospital in the capital where patients affected by the virus are interned . Wearing a surgical mask, he ensured "more decisive measures" to combat the virus and the confidence that "we will win this battle against the epidemic".

A showdown has begun in the party over the way the emergency has been addressed. Yesterday, national television broadcast the news of the resignation of Zhang Lin and Liu Yingzi, respectively secretary and director of the Hubei Health Commission. They will be replaced by Wang Hesheng, deputy head of the National Health Commission. The head of the Health Commission of Huanggang, the second city after Wuhan, was also fired for the number of infected and the deputy head of the Red Cross of Wuhan, responsible for having curbed the distribution of medical material to hospitals, perhaps for reasons of profit.

Operations management in the epicenter region of the virus has been entrusted to Chen Yixin, secretary general of the Central Commission for Political and Legal Affairs. Chen is a Xi Jinping protégé, his appointment should also serve to curb criticism of the president.

Meanwhile, angry comments over the way police silenced Dr. Li Wenliang, who first raised the alarm about the virus and who died on 6 February of coronavirus, continue to populate the web. Web users continue to demand public apologies from government authorities. At the entrance to the central hospital in Wuhan, where he practiced and where he died, there is a catafalque with his photo, where people stop to honor him by bowing.

The media reported the testimonies of at least two other Wuhan doctors who raised the alarm about the disease, but were threatened and silenced by the police. They are Xie Linka, from the Union Hospital Cancer Center, and Liu Wen, from the neurology department of the Red Cross hospital.

Although the criticisms are directed more towards the police and local authorities, the mayor of Wuhan, Zhou Xianwang said that some central authorities are also responsible for the situation. While offering his resignation, days ago he specified that as a mayor he could not raise the alarm on the epidemic without being authorized by Beijing.

In Wuhan and Hubei, the situation is always very dramatic: there is no medical equipment, protective suits, surgical masks, beds. As soon as beds are freed by the discharge of some patients, they are immediately occupied. Many coronavirus patients are not accepted because there are no places left in the hospitals.
Full Text Release : AsiaNews.it - Report by Wang Zhicheng - Image Source Google Images Diazhub