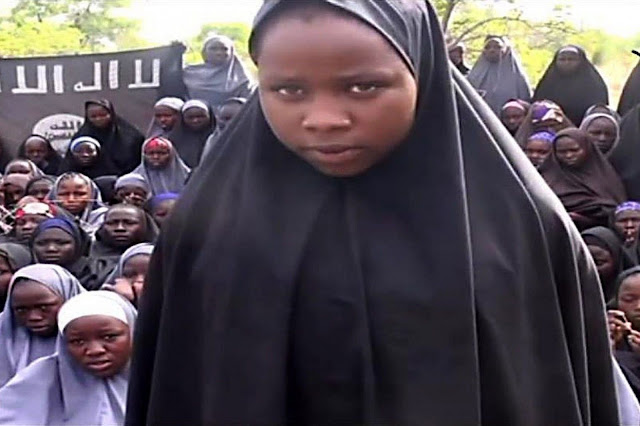 AllAfrica reports that Abubakar Shekau, leader of the Boko Haram sect, has given a condition under which the remaining Chibok schoolgirls in captivity will be released. More than 100 of the 276 girls abducted from Government Secondary School, Chibok, Borno state, in 2014, have remained in Boko Haram custody. In a video, the Boko Haram leader released 24 hours after President Muhammadu Buhari visited Borno, Shekau said the schoolgirls would be set free if the federal government let go of the sect members currently in detention. He also asked Buhari not to return to Borno, saying the sect is fully on ground in the north-east. Shekau said the insurgents would attack the president if he returns to Borno. Boko Haram had launched an attack hours after Buhari paid a condolence visit to the state over the killing of 30 persons in Auno, a community near Maiduguri, on Sunday.
Source: AllAfrica.com
Posted by Jesus Caritas Est at 10:56 AM