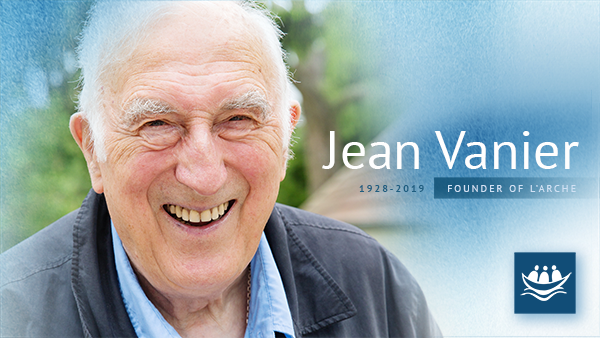 Dear members and friends,
It is with a mix of pain and resolve that I share with you the results of the independent inquiry that L’Arche International launched in the summer of 2019.  Pain, because of the suffering of innocent lives.  Pain, because of the hurt that it might create in you, members and friends.  Resolve, because truth matters.  Resolve, because the value of every person matters.  Always.  Unconditionally.  Particularly when marginalized and silenced for many years.
We believe it is critically important for L’Arche around the world to acknowledge the results, although none of the inquiry’s findings relate to L’Arche in the United States.  As L’Arche International’s communication states, the inquiry found:
At least a decade before the founding of L’Arche, Jean Vanier was made aware of the fact that Father Thomas Philippe, his spiritual director, had emotionally and sexually abused adult women without disabilities. This abuse happened in the context of Philippe’s spiritual direction in 1951/1952.  It is common knowledge that Philippe was banned from exercising any public or private ministry in a trial conducted by the Catholic Church in 1956.  Jean Vanier repeatedly and publicly stated that he did not know why Philippe was convicted.  We now know that Jean Vanier lied.  He was aware of his mentor’s behaviors.
More so, as a member of a group of followers of Philippe, starting in the 1950s, Jean Vanier not only subscribed to Philippe’s theology, which the Catholic Church deemed heretical.  He also shared sexual practices, similar to those of Philippe, with several women.  The inquiry found no evidence that these specific relationships were not consensual.  It is clear that Jean Vanier enabled Philippe to be involved in the L’Arche community in Trosly until his death in 1993, and thus potentially failed to prevent further abuse.
In 2015, the Catholic Church convicted Philippe a second time for 14 cases of emotional and sexual abuse of adult women without a disability in the 1970s and 1980s.  Jean Vanier had heard from some of the survivors, but dismissed the pain and suffering of the women who confided in him. He did not pursue or report these allegations of sexual abuse.  Jean Vanier was thus complicit in covering up Philippe’s abuse.
Lastly, the inquiry reveals that Jean Vanier himself has been accused of manipulative sexual relationships and emotional abuse between 1970 and 2005, usually within a relational context where he exercised significant power and a psychological hold over the alleged victims.  These allegations have been brought forward by six courageous adult women.  None of them had an intellectual disability.  The inquiry has found the allegations to be credible.  Independently from one another, the witnesses describe similar occurrences, which had a long-lasting and negative impact on their personal lives and subsequent relationships.
It goes without saying that these revelations are shocking and saddening. We strongly condemn any behavior that violates the emotional and physical integrity of others.  At L’Arche, dignity matters: we believe in the inherent value of every human being. We are determined to reflect on what we believed to be true about L’Arche’s founder and L’Arche’s founding story.  We remain committed, as always, to safeguarding all of our members, with and without intellectual disabilities, here in the U.S. today.  A comprehensive safeguarding initiative is currently being implemented as part of our continuing commitment to these core values.
While we are unaware of similar allegations within L’Arche in the United States, we encourage anyone who has experienced or witnessed abusive behavior of any kind within L’Arche to report their concern.
We acknowledge the incredible courage of the witnesses who testified during this investigation. The bravery of these women calls us to recognize the importance of truth-telling and its alignment with our core values.  While many questions will yet be answered in the coming months and years, we stand today on the side of those who have been harmed.
With sincerity,