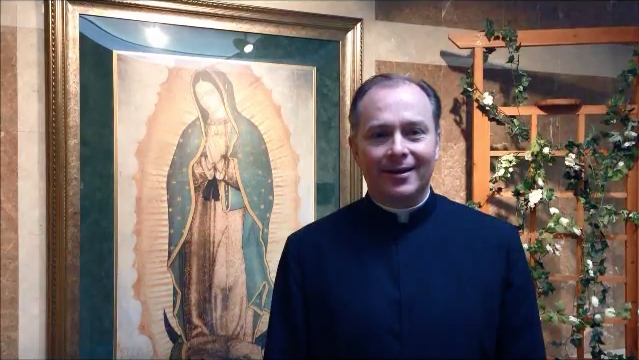 Biography:
Father John Lane Connor, LC, was born on February 15, 1968, in Severna Park, Maryland, USA. In 1990, he graduated with a degree in finance from Loyal University Maryland. He entered the Novitiate of the Legionaries of Christ on September 15, 1991 in Roetgen, Germany. In 1994 he worked at the Everest School Montecarlo de Madrid, Spain. He made his perpetual profession on May 1, 2000, and was ordained to the priesthood on January 2, 2001, in Rome. From his ordination until 2004 he worked in the Legion’s fundraising office on the East Coast of the United States. From 2004 to 2010 he was the local coordinator of apostolate in the New York City metro area, and he helped found and direct the Lumen Institute. From 2009 to 2010 he was the superior of the Legionary apostolate community in New York. From 2010 to 2011 he was the territorial director of the Atlanta Territory. From 2011 to 2014, he served as assistant to the territorial director for apostolate for the North American Territory. Since 2014 he was the territorial director of the Legionaries of Christ and Regnum Christi, and since 2019 member of the Territorial Directive College of Regnum Christi in North America. On February 6, 2020, the General Chapter elected him to the office of general director of the Congregation of the Legionaries of Christ.
Job description:
It is the responsibility of the general director to govern the Congregation in such a way that it safeguards its spiritual patrimony and carries out its mission in the Church according to God’s will.
Priorities:

Nicholas F said…
Congratulations, Father John. An exciting new chapter in the Legion's history! God bless you and all Legionaries.
February 9, 2020 at 1:16 AM