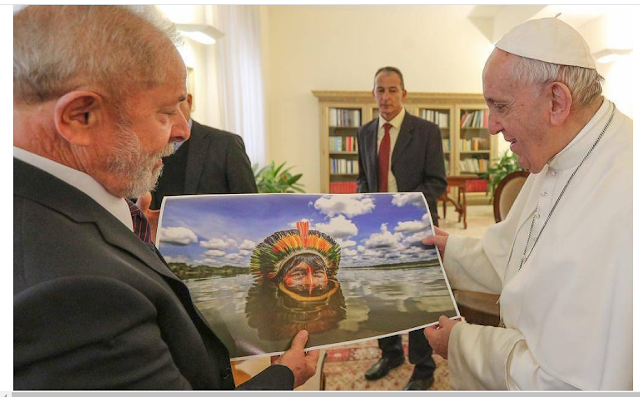 Pope Francis met with the former president of Brazil, Luiz Inacio Lula da Silva, at the Vatican. Lula said he congratulated the pope for having convoked “The Economy of Francesco,” which will take place in Assisi in March. The Former president of Brazil “He has called millions of young people to discuss the world's new economy. I find the pope's decision reassuring, as he touched on a topic that is crucial for the future of workers around the world.” He said he and Pope Francis discussed the importance of having the youth reflect on the challenges of a globalized economy. The Former president of Brazil said, “At 83 years old, he has the potential to make a lasting impact on society. He can motivate the youth to discuss issues related to the global economy. I think that's necessary. I think that should be used as an example.” Da Silva said, “I read the pope's letter on the Amazon synod, but I didn't come here to talk about the Amazon in particular. I came to talk about environmental issues as a whole.” Lula, who spent 580 days in prison for corruption, is currently under provisional freedom. Edited from RomeReports
Posted by Jesus Caritas Est at 11:43 AM