Saint February 25 : St. Walburga a Benedictine Nun who came from a Family of Saints and Patron against Storms 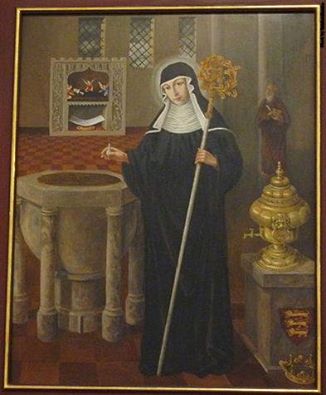