Young Indigenous Girl Killed in Paraguay - Appeal "to collaborate in the protection of children's rights" - RIP Francisca Araújo Cáceres, at age of 12 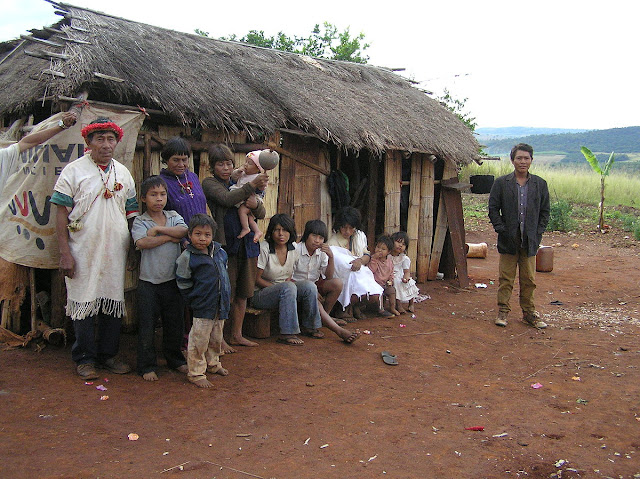 AMERICA/PARAGUAY - Girl killed: being indigenous should not be a reason for discrimination and cruelty
Thursday, 27 February 2020

Asuncion (Agenzia Fides) - The National Coordination of Indigenous Pastoral Care (CONAPI) of the Paraguayan Bishops’ Conference "is saddened and repudiates what happened to the indigenous girl found dead, with hands and feet tied, in a backpack near the bus terminal in Asuncion, and the latest deaths of our indigenous brothers and sisters, which have occurred in various violent and inexplicable ways, which to date have not been clarified".
The Observatory on Gender Violence has informed that the girl was identified as Francisca Araújo Cáceres, 12 years old, belonging to the Mbya Guaraní ethnic group and a native of Curuguaty, Department of Canindeyú. In the first two months of 2020, according to the Observatory, three other indigenous girls were found dead, one with signs of sexual violence.
In the message of CONAPI sent to Agenzia Fides, which bears the date of 26 February, it is stated that in Paraguay there are laws for the protection of minors, as also envisaged by the Constitution of the nation, and recall that, according to law 234/93 on indigenous and tribal peoples, the State "has taken on the responsibility of promoting, with the participation of the peoples concerned, a coordinated and systematic action that aims to protect the rights of indigenous peoples and to guarantee respect for their integrity".
"In the perspective of a culture of human rights and respect for differences, being indigenous should not be a reason for acts of discrimination and cruelty" says CONAPI, launching an appeal to society in general "to collaborate in the protection of children's rights and adolescents, based on the principles of non-discrimination and the right to life". The press release ends by urging the competent authorities to multiply their efforts "to promote wider public policies, knowledge and respect for cultural diversity, to respond to the needs of indigenous peoples". (SL) (Agenzia Fides, 27/2/2020)

Image Source Wikipedia Commons of Natives in Paraguay
Posted by Jesus Caritas Est at 8:00 AM