#BreakingNews Government in Germany Bans all "meetings in churches, mosques, synagogues and meetings of other faith communities" due to COVID-19 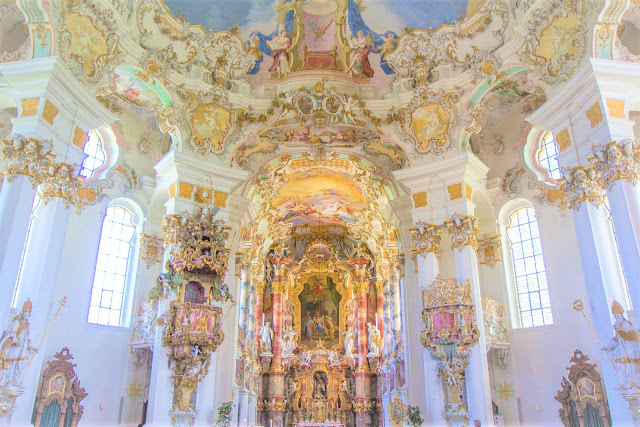 Government: Services are to be banned for the time being
As in Italy, public services are apparently now completely prohibited in Germany as well: the federal government has agreed corresponding strict guidelines with the federal states. "Meetings in churches, mosques, synagogues" are to be banned because of the corona pandemic.


The federal government and the federal states have agreed new, strict guidelines in the corona crisis. Accordingly, "meetings in churches, mosques, synagogues and meetings of other faith communities" should be prohibited. Chancellor Angela Merkel (CDU) explained the measures at a press conference in Berlin on Monday evening. Far-reaching restrictions are also recommended for sports, culture and gastronomy.

Accordingly, "expressly NOT closed" are retail businesses for food and feed, weekly markets, delivery services, pharmacies, medical supply stores, drug stores, petrol stations, banks and savings banks, post offices, laundromats and wholesalers. The Sunday sales bans for these shops are to be "generally suspended until further notice". For a number of other shops, such as DIY, garden and pet stores, conditions should ensure that queues are avoided wherever possible.

According to this, restaurants and inns should be allowed to open between 6 and 6 p.m. Service providers and artisans should be able to continue their jobs. All health care facilities should "remain open, taking into account the increased hygienic requirements". Strict visiting rules are envisaged in hospitals and nursing homes, for example. At universities, schools and kindergartens, a general ban on visiting should apply to those who have been in risk areas in the past 14 days. Among other things, theaters, operas, concert halls and museums as well as facilities where sports are practiced, bars, clubs and trade fairs are to be closed. Some federal states had already decided on corresponding measures at the weekend.

Merkel explained that the measures were "drastic" and "unique" in the history of the Federal Republic; however, they are necessary to reduce the number of infections. The Chancellor renewed her appeal to reduce social contacts. She stressed that economic processes should be preserved as much as possible; Energy supply, nutrition and a large part of the services would be maintained. Merkel said she hoped people would understand; there will also be controls. (KNA)
Source: https://www.katholisch.de/artikel/24865-regierung-gottesdienste-sollen-vorerst-verboten-werden
Posted by Jesus Caritas Est at 1:39 PM