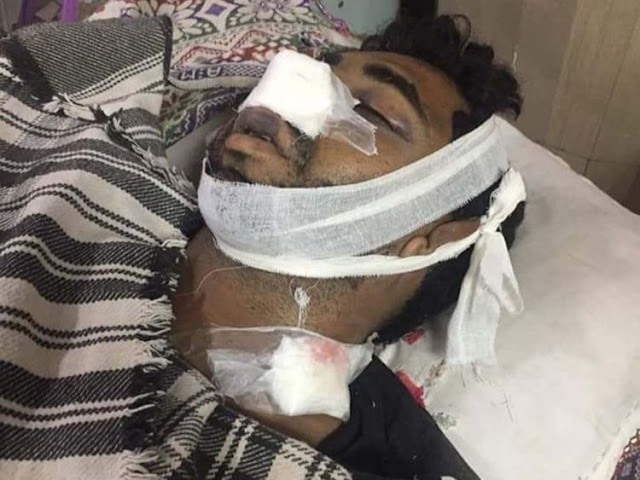 ASIA/PAKISTAN - Christian killed for using water from a well: the Church calls for urgent measures to protect minorities
Monday, 2 March 2020

Lahore (Agenzia Fides) - "We strongly condemn the brutal killing of Saleem Masih: this act of discrimination and prejudice reveals the ignorance and the maximum level of intolerance of the people involved in the killing of young Christians": this is how Fr. Qaisar Feroz OFM Cap, Executive Secretary of the Bishops’ Commission for Social Communications, comments to Agenzia Fides the episode of the murder of 22-year-old Saleem Masih, tortured and killed because he was guilty of "contaminating" the well from which he had drawn water to wash himself after work. The young man, called with the derogatory term "choora" (dirty, untouchable), was beaten and tortured with a red-hot iron bar. Transported to the hospital of Lahore, capital of Punjab, died on February 28, three days after the attack in the village of Baguyana, in the district of Kasur, in Punjab. Fr. Qaisar continues: "It is sad to know that a person is killed for having washed himself at a well, on charges of having polluted the water in the well. Saleem was washing himself after working in the agricultural fields. It is urgent to change this mentality: we must treat everyone as human beings, but many people are full of hatred towards non-Muslims. Now another human being has been killed".
Sabir Michael, renowned human rights and minority rights activists, speaking with Fides declares: "I express my serious concern about this incident because such incidents occur sequentially against religious minorities in Pakistan who are socially, economically and politically disadvantaged. This murder shows that the government and state authorities are unable to control such discrimination and persecution because of faith. "Michael also states: "We, as a Christian community, are asking for justice for Saleem Masih and are calling for the immediate arrest of the perpetrators. The case must be brought to an anti-terrorism court: this is an act of terror, people cannot be killed for such matters".
Nasir Saeed, director of the NGO "CLAAS" (Center for Legal Aid, Assistance and Settlement) notes to Fides: "We want Saleem's family to obtain justice and for the killers to be behind bars. But, since the perpetrators of the crime are influential people it will not be easy because the Pakistani police are often biased when it comes to cases between Muslims and non-Muslims". "In this same district - he recalls - the Christian couple Shama and Shahzad Masih were burned lives after false accusations of blasphemy in 2014. The well-known case of Asia Bibi was similar: the dispute started for a water source. The young student Javed Anjum was tortured for five days for drinking water from the tap of a madrasa (Islamic school), but he was unable to survive and died after 11 days in the hospital".
Nasir Saeed notes that "this is not an isolated case, but such cases occur every day throughout Pakistan and have often not been reported in the media". It is necessary to take measures and restore justice, stop torture and discriminatory treatment on religious base", he concludes. (AG-PA) (Agenzia Fides, 2/3/2020)

Image Share of Saleem from GulfNews
Posted by Jesus Caritas Est at 10:28 AM