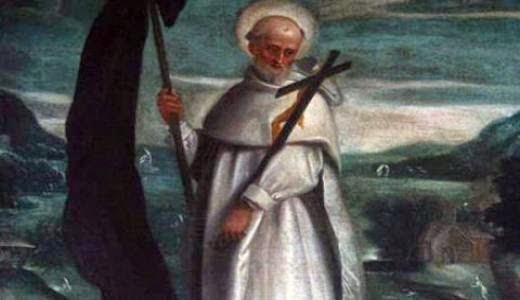 Birth: 1304
Death: 1346
Dominican preacher and missionary crusader. A native of Bergamo, Italy, he joined the Dominicans in 1319 and soon distinguished himself as a brilliant preacher, attracting huge crowds throughout northern Italy. Pleased with his ability to reach large numbers of believers, he announced in 1335 his intention to go on a pilgrimage to Rome. When Pope Benedict XII (r. 1334-1342) learned of the pilgrimage, he feared Venturino might be planning to crown himself pope, and so forbade the friar to proceed. This decree was joined by one issued by the Dominicans themselves at the Chapter in London (1335). Ignorant of these bans, Venturino proceeded to Rome and then to Avignon where he was arrested and imprisoned until 1343. He is also known for helping to organize a crusade, at the behest of PopeClement VI (r. 1342-1352), against the Turks who were then menacing Europe.
Shared from Goasodiocese
Posted by Jesus Caritas Est at 9:06 AM