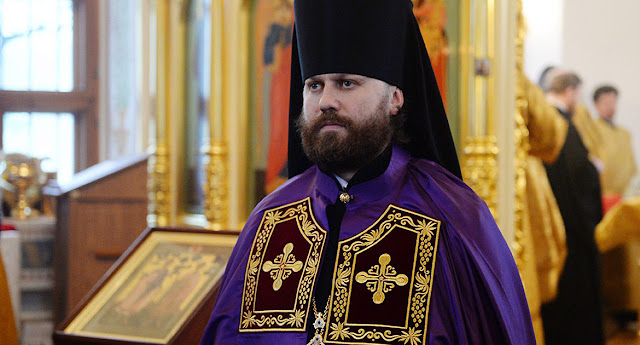 Tragic death of bishops and priests. Patriarch Kirill demands obedience to prevention measures
by Vladimir Rozanskij
All the main hierarchical structures of the Russian Orthodox Church are grappling with “corona" problems: Moscow, Kiev, Minsk, many other large cities, the main monasteries, seminaries and theological academies. Priests who disobey the measures decided by the Church risk suspension or reduction to a lay state. A novice from Saint Sergius, who found himself positive for the virus, set himself on fire. President Vladimir Putin's confidence level drops to 28.3%.
Moscow (AsiaNews) - Cases of infection and deaths among high-ranking members of the Orthodox Church due to coronavirus are growing. This is why Patriarch Kirill (Gundjaev) has decided to call all the faithful, even with rather threatening tones, to assume their responsibilities.

The patriarchal committee issued a statement on the measures to be implemented in the coronavirus crisis. It calls on everyone to observe these measures "decided in the Church with the blessing of the Patriarch from the moment the threat of the epidemic appeared." In reality, everyone in the country criticizes patriarchy for its delays in reacting to the crisis.

The statement continues Kirill has initiated procedures to "ascertain the responsibilities of priests" who have disobeyed the prescriptions. This procedure can go as far as suspension or reduction to the lay state. In any case, "faithful" priests are recommended to ensure pastoral assistance in homes, with all necessary precautions.

Meanwhile, the tragic death of Russian priests continues: Archdeacon Damaskin , the first soloist of the choir of the Sretensky monastery in Moscow, has also died of coronavirus. A novice from the Lavra di St. Sergius monastery, Dmitry Pelinenko, killed himself by setting himself on fire after receiving the diagnosis of coronavirus infection and after escaping from the window of the hospital where he was hospitalized. The head of the secretariat of the patriarchate of Moscow and vicar of the patriarch, the bishop of Pavlovo Foma , was in turn hospitalized on April 27 for coronavirus. He had just been appointed new parish priest of the Epiphany patriarchal cathedral in Elokhovo, replacing Father Aleksandr Agejkin, who also died of the infection. The patriarchate, however, has denied the news, even if the cathedral remains closed for the faithful.

Other striking cases occur in the Urals: the Chelyabinsk metropolitan Grigorij (Petrov) contracted the virus along with a dozen priests, all serving in the local cathedral of San Simeone, where they had concelebrated the Easter vigil with the metropolitan. Also several relatives of the priests were hospitalized with Covid-19 symptoms of a more or less serious nature. After hospitalization, the metropolitan decided to close the churches starting today 29 April.

All of the main hierarchical structures of the Russian Orthodox Church are grappling with the problems of the "corona", as it is simply called in Russia: the patriarchal administration, the cathedrals of Moscow, Kiev, Minsk and many other major cities, the major monasteries, seminaries and theological academies. News of the death of the bishop of Zheleznogorsk Venjamin (Korolev - see photo 3), which took place on Sunday 26 April, was also released. In short, the leadership of the patriarchal Church, together with the monks, have suffered the consequences of the pandemic, much more than the married priests in the parishes.

The inadequate responses to the coronavirus, on the other hand, do not only concern the Orthodox Church. According to Vitsom polls, President Vladimir Putin's level of confidence has never been lower, standing at 28.3% of the population. In the last twenty-four hours, the number of coronavirus infected people has reached 6411 cases in 83 of the 89 regions of the Russian Federation, with 72 deaths for a total of almost 900 in the last month.