Saint April 20 : St. Agnes of Montepulciano a Dominican Nun and Foundress who became a Prioress at Age 15 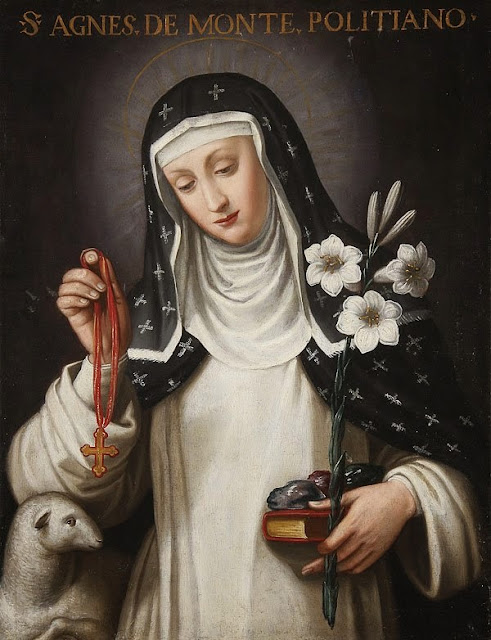 Born:
1268 at Gracchiano-Vecchio, Tuscany, Italy
Died:
20 April 1317
Canonized:
1726 by Pope Benedict XIII
Born in the neighbourhood of Montepulciano in Tuscany about 1268; died there 1317. At the age of nine years she entered a monastery. Four years later she was commissioned by Pope Nicholas IV to assist in the foundation of a monastery at Proceno, and became its prioress at the age of fifteen. At the entreaty of the citizens of her native town, she established (1298) the celebrated convent of Dominican nuns at Montepulciano which she governed until the time of her death. She was canonized by Benedict XIII in 1726. Her feast is celebrated on 20 April.