Saint April 24 : St. Fidelis of Sigmaringen who spent Hours in Prayer before the Eucharist and Patron of Travelers 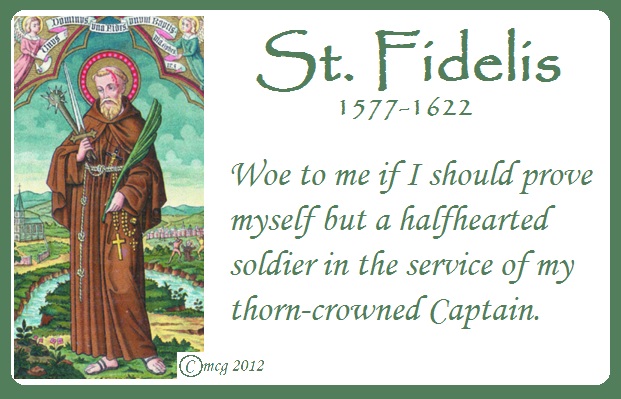