Wow Latest Statistics show Percentage of Catholics in the World has Grown to 1.329 Billion People Globally 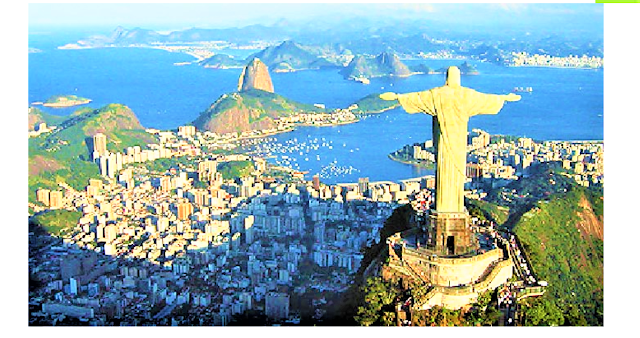 AsiaNews report: Catholics increasing worldwide, reaching 1.329 billion
According to data from the 2018 Statistical Yearbook, the number of permanent bishops and deacons is growing, but priests, seminarians and religious are decreasing. In Asia, Catholics go from 10.9 to 11.1 percent.


Vatican City (AsiaNews) - Catholics are increasing worldwide, reaching 1,329 million, the number of permanent bishops and deacons is growing, but priests, seminarians and religious are decreasing. These are the figures released by the Churches’ Central Statistics Office which drafts the Pontifical Yearbook 2020 and the Annuarium Statisticum Eccleasiae 2018.

The number of Catholics in Asia grew slightly from 10.9 to 11.1 percent, but it is considerably less than what the continent has per population (about 60% in 2018).

In the same period, the bishops increased by more than 3.9 percent, from 5,173 to 5,377, with a very marked increase in Oceania (+4.6 percent), followed by America and Asia (both with +4, 5 percent), Europe (+4.1 percent) and Africa (+1.4 percent). From the beginning of 2019, then, 4 new diocese, an eparchy, 2 territorial prelatures, an apostolic exarchate and an apostolic administration were erected.

On the other hand, the number of priests fell, decreasing by 0.3 percent. Between 2013 and 2014 they increased by 1,400 units, but they decreased between 2016 and 2018. In contrast, vocations in Africa and Asia grew, respectively by 14.3 and 11 percent. In America the number of priests is stationary, there are about 123 thousand of them, in Europe and Oceania the drops are respectively over 7 percent and just over 1 percent.

The distribution of priests across the continents is characterized in 2018 by a strong prevalence of European priests (41.3%) 40% American clergy; the Asian clergy accounts for 16.5%, the African clergy for 11.5% and that of Oceania for 1.1%.

The number of seminarians is also in decline: from 118,251 units in 2013 to 115,880 in 2018, with a decrease of -2 percent. The drop, with the exception of Africa, affects all continents with far-reaching reductions for Europe (-15.6 percent) and America (-9.4 percent). Africa, with a positive variation of 15.6 percent, is confirmed as the geographical area with the greatest potential to cover the needs of pastoral activities.

The number of consecrated men religious continues to decline (-8 percent), the number passing from over 55,000 to less than 51,000. The downward trend is common to the various continents with the exception of Africa and Asia which recorded +6.8 percent and +3.6 percent.

Even for professed women religious there is a strongly downward trend with a 7.5% contraction. The total number of professed women religious, in fact, decreased from almost 694 thousand units in 2013 to less than 642 thousand units five years later. The decline affects three continents (Europe, Oceania and America), with significant negative variations (-15% in Europe, -14.8% in Oceania and -12% in America). In Africa and Asia, however, the increase is decidedly strong, exceeding 9% for Africa and + 2.6% for Asia.Consequently, the fraction of the religious professed in Africa and Asia goes from 34.6% of the world total to 39%, to the detriment of Europe and America, whose incidence decreases overall from 64.3 to 59.9 per one hundred.

mary jane miller said…
This virus situation is causing humanity to stand back and think about who we are. The natural order of the planet is not effected by this crisis. She is being given a rest, being healed from our relentless stress placed upon her for decades. Perhaps humanity is being called to reflect on our relationship to the earth. Painful as it is to admit, All Living Beings on the planet reproduce and then eventually Die. God created death as part of the natural order, with his own son given as the example. Is this not the Easter story of the cross, dying and then transformation. May it be time to reflect deeply on what is death and has humanity been the cause for much unnecessary death around the planet. Mature Christians believe, all things have a place and we are being called to see our place in the big field of holiness.
April 8, 2020 at 1:22 PM