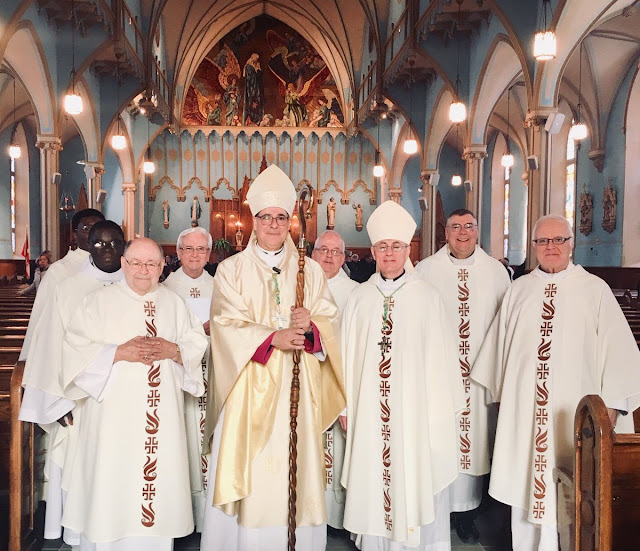 The Holy Father also announced that I will become the first Archbishop of the newly created archdiocese.

His Excellency the Most Rev. Marcel Damphousse, (picture below)currently Bishop of Sault Ste. Marie, has been appointed as Coadjutor Archbishop of the Archdiocese of Ottawa-Cornwall. 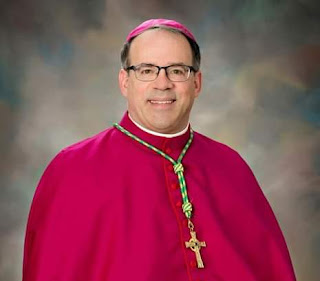 A new logo has been created for the new Archdiocese and appears below. 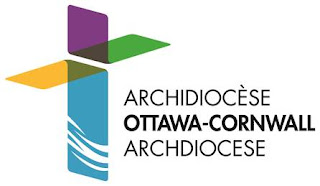 History of this Amalgamation

Archbishop Terrence Prendergast, S.J., who at the time was the Archbishop of the Archdiocese of Ottawa, was named the Apostolic Administrator for the Diocese of Alexandria-Cornwall on January 16, 2016. At that time, he was tasked with making a recommendation about the possible amalgamation of the two dioceses.
Over the following years, a series of consultations was held in the two dioceses and a recommendation was sent to the Vatican in June 2017.

On December 12, 2018, Father Guy Desrochers, C.Ss.R. was named the auxiliary bishop for the Diocese of Alexandria-Cornwall.

In early 2019, a Transition Committee was struck consisting of key representatives of both dioceses. Over the past year, they have been meeting to discuss and work out the various aspects of uniting the two dioceses into the new Archdiocese of Ottawa-Cornwall.

Although the canonical amalgamation has now been announced, the civil amalgamation will take place several months from now following an Act of Parliament.