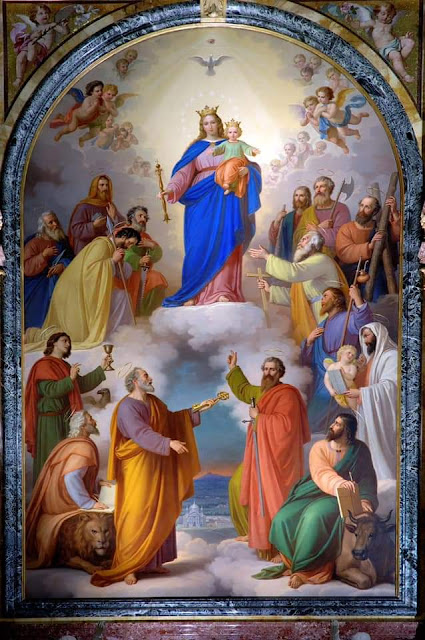 Saturday of the Seventh Week of Easter Mass in the Morning
Lectionary: 302
Reading 1ACTS 28:16-20, 30-31
When he entered Rome, Paul was allowed to live by himself,
with the soldier who was guarding him.

It is this disciple who testifies to these things
and has written them, and we know that his testimony is true.
There are also many other things that Jesus did,
but if these were to be described individually,
I do not think the whole world would contain the books
that would be written.


Prayer to make Spiritual Communion:People who cannot communicate now make spiritual communion.At your feet, O my Jesus I bow down and offer you the repentance of my contrite heart, which abysses itself into its nothingness and Your holy presence. I adore you in the Sacrament of Your love, the ineffable Eucharist. I wish to receive you in the poor home that my heart offers you. In anticipation of the happiness of sacramental communion, I want to possess you in spirit. Come to me, oh my Jesus, that I may come to you. May Your love inflame my whole being, for life and death. I believe in you, I hope in you, I love you. So be it. AmenPress Play on the Video Below - the Mass takes several minutes before starting