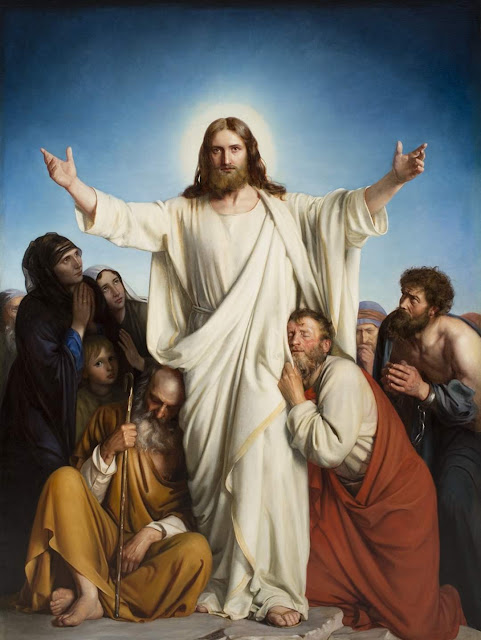 Thursday  of the Twelfth Week in Ordinary Time
Lectionary: 374
Reading 12 KGS 24:8-17
Jehoiachin was eighteen years old when he began to reign,
and he reigned three months in Jerusalem.
His mother’s name was Nehushta,
daughter of Elnathan of Jerusalem.
He did evil in the sight of the LORD,
just as his forebears had done.

At that time the officials of Nebuchadnezzar, king of Babylon,
attacked Jerusalem, and the city came under siege.
Nebuchadnezzar, king of Babylon,
himself arrived at the city
while his servants were besieging it.
Then Jehoiachin, king of Judah, together with his mother,
his ministers, officers, and functionaries,
surrendered to the king of Babylon, who,
in the eighth year of his reign, took him captive.
And he carried off all the treasures
of the temple of the LORD and those of the palace,
and broke up all the gold utensils that Solomon, king of Israel,
had provided in the temple of the LORD, as the LORD had foretold.
He deported all Jerusalem:
all the officers and men of the army, ten thousand in number,
and all the craftsmen and smiths.
None were left among the people of the land except the poor.
He deported Jehoiachin to Babylon,
and also led captive from Jerusalem to Babylon
the king’s mother and wives,
his functionaries, and the chief men of the land.
The king of Babylon also led captive to Babylon
all seven thousand men of the army,
and a thousand craftsmen and smiths,
all of them trained soldiers.
In place of Jehoiachin,
the king of Babylon appointed his uncle Mattaniah king,
and changed his name to Zedekiah.

When Jesus finished these words,
the crowds were astonished at his teaching,
for he taught them as one having authority,
and not as their scribes.