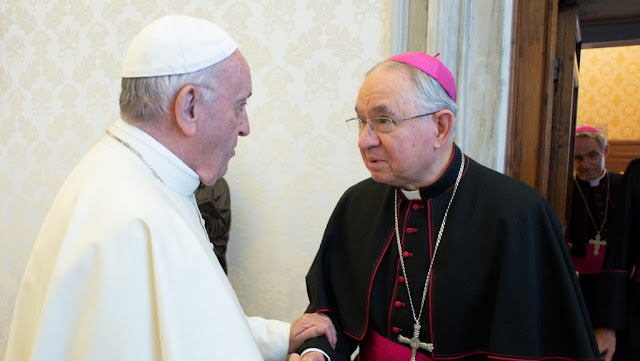 U.S. Bishops Receive Call of Encouragement and Assurances of Prayer from Pope Francis in the Wake of Social Unrest in the United States

June 3, 2020
WASHINGTON – Archbishop José H. Gomez of Los Angeles and president of the U.S. Conference of Catholic Bishops received a call from Pope Francis today, where the Holy Father expressed his prayers and closeness to the Church and the people of the United States in this moment of unrest.

Archbishop Gomez shared this news with the U.S. bishops in the hope that they could take comfort and gain strength in the Holy Father’s encouragement. Pope Francis expressed his gratitude to the bishops for their pastoral tone in the Church’s response to the demonstrations across the country in their statements and actions since the death of George Floyd and assured the bishops of his continued prayers and closeness in the days and weeks ahead. He expressed special prayers for Archbishop Bernard A. Hebda and the local Church of Saint Paul and Minneapolis.

Archbishop Gomez, on behalf of the bishops’ conference, conveyed gratitude to the Holy Father for his strong words of support that were also expressed during this morning’s general audience, and in turn, assured the Holy Father of their prayers.