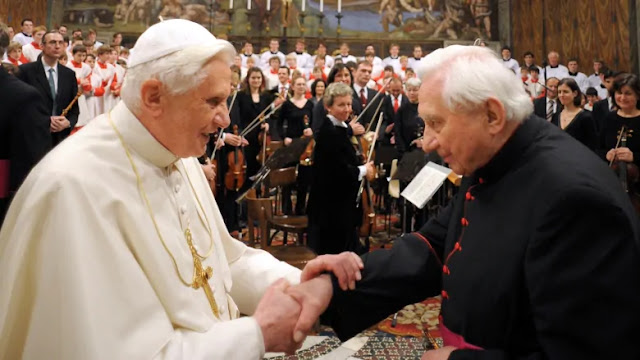 Vatican News reports that Msgr. Georg Ratzinger, brother of Pope emeritus Benedict, has died in Regensburg, Germany.
The Bavarian priest had been hospitalized in Regensburg, in Bavaria, where he lived. Pope Benedict XVI went to give him a final visit, last week. Both brothers were ordained on the same day.
Georg Ratzinger, was the older brother of the Pope emeritus. He died on Wednesday, July 1, 2020 in the morning, aged 96. Pope Benedict, Joseph Ratzinger, remains the only member of the family still alive.  Georg was a musician and kappellmeister of a famous choir.