Catholic Priest Beaten while Praying the Rosary near his residence - Fr. Haake Age 80 was also Robbed 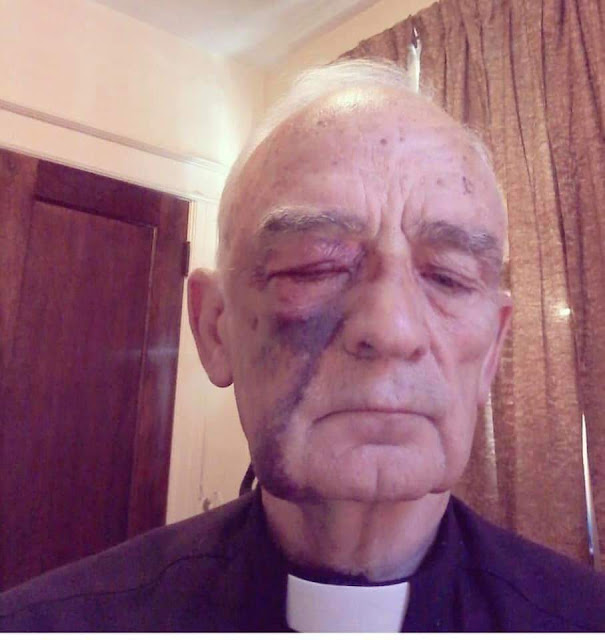 In Washington DC. during the Floyd riots, an 80-year-old Jesuit priest was attacked and robbed on the open road, last week, while he was praying near his rectory. Fr Thomas Haake was beaten and robbed. The perpetrator came to the rectory again the next day and insulted the priest in public. In the past few weeks, figures of saints have been destroyed several areas in the United States and many buildings and cars have been vandalized.
Haake arrived in Washington to lead retreats in St Peter’s Church on Capitol Hill until July 2020. He is a member of the religious order the Oblates of the Virgin Mary.

Unknown said…
So the perp is an identifiable man for Father Haake to notify local law enforcement.
July 2, 2020 at 12:22 PM

Anonymous said…
so since the perp came back, surely he has been arrested.