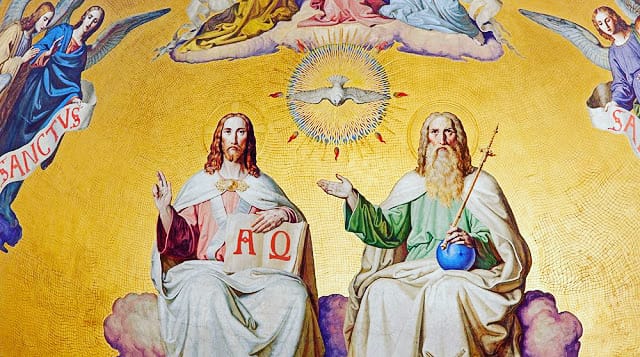 Tuesday of the Fourteenth Week in Ordinary Time
Lectionary: 384
Reading 1HOS 8:4-7, 11-13
Thus says the LORD:
They made kings in Israel, but not by my authority;
they established princes, but without my approval.
With their silver and gold they made
idols for themselves, to their own destruction.
Cast away your calf, O Samaria!
my wrath is kindled against them;
How long will they be unable to attain
innocence in Israel?
The work of an artisan,
no god at all,
Destined for the flames—
such is the calf of Samaria!

GospelMT 9:32-38
A demoniac who could not speak was brought to Jesus,
and when the demon was driven out the mute man spoke.
The crowds were amazed and said,
“Nothing like this has ever been seen in Israel.”
But the Pharisees said,
“He drives out demons by the prince of demons.”

Jesus went around to all the towns and villages,
teaching in their synagogues,
proclaiming the Gospel of the Kingdom,
and curing every disease and illness.
At the sight of the crowds, his heart was moved with pity for them
because they were troubled and abandoned,
like sheep without a shepherd.
Then he said to his disciples,
“The harvest is abundant but the laborers are few;
so ask the master of the harvest
to send out laborers for his harvest.”

Prayer to make Spiritual Communion:
People who cannot communicate now make spiritual communion.At your feet, O my Jesus I bow down and offer you the repentance of my contrite heart, which abysses itself into its nothingness and Your holy presence. I adore you in the Sacrament of Your love, the ineffable Eucharist. I wish to receive you in the poor home that my heart offers you. In anticipation of the happiness of sacramental communion, I want to possess you in spirit. Come to me, oh my Jesus, that I may come to you. May Your love inflame my whole being, for life and death. I believe in you, I hope in you, I love you. So be it. Amen
Posted by Jesus Caritas Est at 11:29 PM