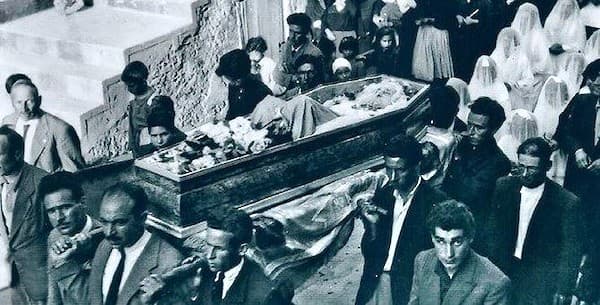 Pope Francis approves the promulgation of decrees concerning 5 candidates to sainthood, including the recognition of a miracle attributed to Italian layperson Maria Antonia Samà, clearing the path for her beatification.
By Vatican News

Pope Francis received in audience Cardinal Angelo Becciu, prefect of the Congregation for the Causes of Saints, on Friday, and authorized the promulgation of decrees concerning 5 candidates to sainthood.
Among the five decrees promulgated on Saturday, one is regarding a miracle and the rest are on heroic virtues.

A miracle has been recognized through the intercession Venerable Servant of God Maria Antonia Samà, an Italian layperson.  She was born on March 2, 1875, in Sant’Andrea Jonio and died there on May 27, 1953.

Maria Antonia Samà soon to be Blessed
The miracle clears her for beatification, which is a step away from canonization, when the Church officially declares someone a Saint.  At the beatification ceremony, Samà will be given the title “Blessed”.

As a child Samà was struck by a serious illness, which left her paralyzed, with her knees bent. Bed-ridden in this uncomfortable position, she bore her cross with faith and invited those visiting her to have faith in God in every situation.

In 1915, she made private vows of special consecration to God and covered her head with a black veil. The people of the village called her "the nun of San Bruno", and came to her for advice and prayers and experienced peace and serenity.  She died at the age of 78, living more than 60 years in bed, offering her sufferings to the Lord.

The miracle considered for her beatification involves a lady suffering from a severe form of osteoarthritis, which caused her unbearable pain on the knees. On the evening on December 13, 2004, when the lady was in unbearable pain, she prayed earnestly to Samà.

She soon fell asleep and, on waking the next morning, she found the pain had disappeared altogether and she could go about her normal activities.

Heroic virtues
Pope Francis also authorized the promulgation of four decrees regarding the heroic virtues of the following candidates:

- Servant of God Mariano José de Ibargüengoitia y Zuloaga of Spain, a diocesan priest who co-founded the Institute of the Servants of Jesus of Charity.  Born in Bilbao on September 8, 1817, he died there on January 31, 1888;

- Servant of God Angiolino Bonetta of Italy, a teenager belonging to the Association of Silent Workers of the Cross.  He was born on September 18, 1948, in Cigole, and died there at the age of 14 on January 28, 1963.