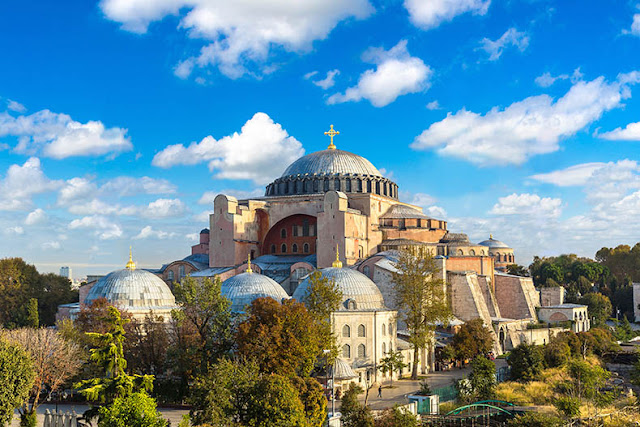 Ankara (AsiaNews) – At 4 pm today (1 pm GMT), Turkish television announced that the country’s top administrative court cleared the way for the Basilica of Saint Sophia to be restored as a mosque.

The Council of State overturned a decree issued in 1934 under then President Mustafa Kemal Atatürk that led to the transformation of the basilica - used for almost 500 years as a mosque after the fall of Constantinople (1453) – into a museum.

Turkish President Recep Tayyip Erdoğan had championed the legal route to invalidate the 1934 decree, thus allowing one of the most magnificent Byzantine monuments, which served as a church for more than a thousand years, to be used as a mosque.

In recent weeks, many people in Greece, Russia, the United States, as well as the ecumenical patriarch of Constantinople, Bartholomew I, had expressed opposition to turning the ancient Christian place of worship into a mosque.

It is not clear whether foreigners and Christians will be able to visit the basilica. A TV report suggested that Hagia Sophia would also remain as a museum. The basilica is a UNESCO world heritage site.

Last night, İbrahim Kalın, Turkey’s presidential spokesperson, said that opening Hagia Sophia to prayer will not hinder people visiting it, and that Turkey would preserve its Christian icons. (M.D.)
Source: AsiaNews IT Release
Posted by Jesus Caritas Est at 7:25 PM