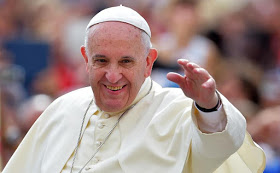 Speaking to Vatican News, the Bishop of Pemba, Fernando Lisboa, spoke of receiving an unexpected phone call from Pope Francis at 11:29 Wednesday morning.

Bishop Luiz Fernando Lisboa has been a consistent voice drawing attention to the worsening humanitarian situation in Mozambique’s northern province of Cabo Delgado.

Since 2010, Cabo Delgado has witnessed the discovery of substantial gas reserves off its coast. The area is now home to Africa’s largest liquid natural gas attracting enormous investment for the eventual extraction. A growing and relentless insurgency now threaten the investments.

The Pope is following events in our region with great concern
“I received a call from Pope Francis, who gave me much reassurance and consolation. In the call, Pope Francis expressed his closeness to the Bishop (of Pemba) and people of the Cabo Delgado region. The Holy Father said he was following events in our province with great concern and that he is constantly praying for us. He also said to me that if there was anything else that he could do, we should not hesitate to ask him. He is ready to walk with us. I expressed my deep appreciation, to him, for the gesture of the phone call and told him how grateful we were when on 12 April he prayed for Cabo Delgado on Easter Sunday during the Urbi et Orbi blessing. I told him that his referring to the humanitarian crisis in our province made other people also take notice of our plight. We began to see more congregations, some (humanitarian) organisations, individuals – both local and outside start to reach out to help. I said: ‘Holy Father, you have placed Cabo Delgado on the world map.’ He simply remarked in Italian, ‘Che bello!’ (How lovely!),” the Bishop of Pemba recounted the conversation.

The Jihadist attack in the port town of Mocimboa da Praia
Bishop Fernando Lisboa also said he informed Pope Francis about the plight of the port town of Mocimboa da Praia that has been seized by Jihadist militants said to be linked to the so-called Islamic State (I.S.). According to reports, government forces vacated the strategic town after the Jihadists attacked it last week. I.S. issued a statement claiming the seizure of Mocimboa da Praia although some observers in the region point to the involvement of the Somali-based Al Shabab militants. In truth, it is not entirely clear who is behind the Cabo Delgado attacks.

With the town of Mocimboa da Praia in the hands of Islamist insurgents, Bishop Fernando Lisboa and the Diocese of Pemba have had no news from two religious sisters for over a week now.

“I told the Holy Father about the Port town of Mocimboa da Praia which has been taken by Jihadists and how we have not heard from two of our religious women in that city. The two are members of the International Congregation of the Sisters of St. Joseph of Chambéry. Upon hearing the news, the Pope exclaimed, ‘How very sad!’ He promised to pray for this intention,” Bishop Fernando Lisboa said.

Adelante!
The Bishop added, “As we were concluding the phone call, the Pope reminisced about his visit to Mozambique last year, and said even as he was going around our country, Cabo Delgado was very much on his mind. He encouraged me to contact Cardinal Michael Czerny (of the Holy See’s Dicastery for Promoting Integral Human Development) for help with humanitarian assistance. For my part, I assured the Holy Father, of our closeness to his ministry, through prayer. I told him that we pray for him every day. As a reply, he said to me in the Spanish language, ‘Adelante!’ (encouraging the Bishop and people to Carry on! or Keep up the faith!). Finally, to end the conversation, the Pope blessed the people of Cabo Delgado as well as all Mozambicans,” narrated the Ordinary of Pemba.

The unrest in Cabo Delgado
Since 2017, the the northern province of Mozambique has been rocked by deadly attacks perpetrated by armed groups whose operations are increasingly becoming sophisticated and a source of anxiety also for Mozambique’s neighbours, especially Tanzania. The Cabo Delgado attacks have resulted in many deaths, conscription of many young people and the displacement of thousands of ordinary villagers as a climate of fear reigns in the region.

Even before the discovery of the gas reserves and the attacks, Cabo Delgado, was already nursing discontent due to high levels of poverty and marginalisation by the central government.

Government blames internal and external elites for the conflict
Speaking on 25 June 2020, when he launched the official start of activities leading to Mozambique’s 45th anniversary of national independence, President Filipe Nyusi blamed the insurgency in the northern province on what he termed “internal and external elites.” He pledged that the country would not be blackmailed into a deadly war by sponsored terrorists.

The Bishop of Pemba has received death threats
Mozambique’s Bishop of Pemba, Fernando Lisboa, has been outspoken in courageously speaking on behalf of the poor in Cabo Delgado. He has said, in the past, that the Government could do more to protect the people. For being the voice of the voiceless, the Brazilian-born Bishop has received criticism and even death threats from all manner of people.
.FULL Text Source- Vatican News. va