Pope Francis says "Following the example of Jesus, the doctor of integral divine love, that is, of physical, social and spiritual healing (cf. Jn 5:6-9)....we must act now, to heal..." Full Text 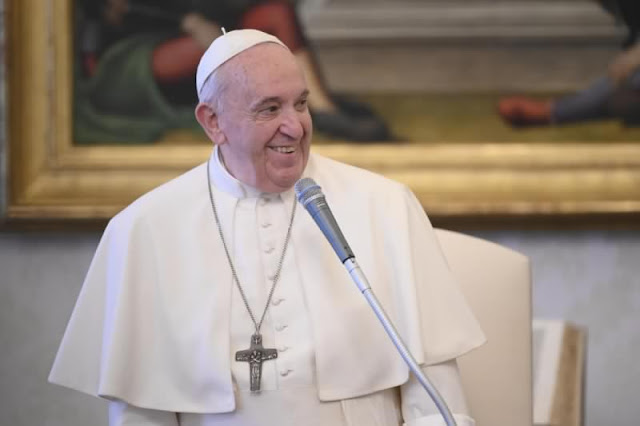 Dear brothers and sisters, good day!
The pandemic has exposed the plight of the poor and the great inequality that reigns in the world. And the virus, while it does not distinguish between people, has found, in its devastating path, great inequalities and discrimination. And it has exacerbated them!


The response to the pandemic is therefore dual. On the one hand, it is essential to find a cure for this small but terrible virus, which has brought the whole world to its knees. On the other, we must also cure a larger virus, that of social injustice, inequality of opportunity, marginalisation, and the lack of protection for the weakest. In this dual response for healing there is a choice that, according to the Gospel, cannot be lacking: the preferential option for the poor (see Apostolic Exhortation Evangelii gaudium [EG], 195). And this is not a political option; nor is it an ideological option, a party option… no. The preferential option for the poor is at the centre of the Gospel. And the first to do this was Jesus; we heard this in the reading from the Letter to the Corinthians which was read at the beginning. Since He was rich, He made Himself poor to enrich us. He made Himself one of us and for this reason, at the centre of the Gospel, there is this option, at the centre of Jesus’ proclamation.

[1] See Congregation for the Doctrine of the Faith, Instruction on some aspects of “Liberation Theology”, (1984), 5.
[2] Benedict XVI, Address at the Inaugural Session of the Fifth General Conference of the Bishops of Latin America and the Caribbean (13 May 2007).


I cordially greet the English-speaking faithful. My thoughts turn especially to those families who have had to forego their summer holidays this year; I entrust them to the Lord that he will grant them peace and joy. May God bless you!