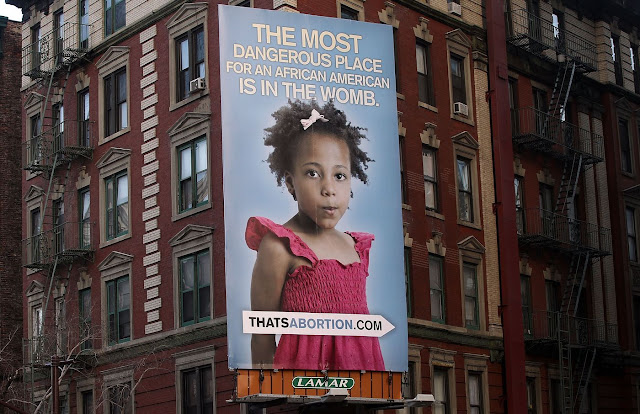 The following is the Full Text of an open letter to Planned Parenthood accusing them of racism- it is signed by 100 African-American leaders.
Planned Parenthood Federation of America
National Headquarters
1110 Vermont Avenue NW
Washington, D.C. 20005

We are a diverse coalition of Black leaders fighting for the dignity of all human life. Like you, we feel called to action by America’s collective reckoning with its history of racism and unjust violence against Black lives. We affirm, with you, that Black lives matter and that every human being, regardless of race or ethnicity, deserves equal respect, equal rights, and equal dignity.

That’s why we’re writing to you today. We are asking you to use your position at Planned Parenthood to confront the systemic racism of America’s abortion practices and to publicly renounce the racist legacy of your founder, Margaret Sanger.

Since George Floyd’s tragic death in police custody, Planned Parenthood has openly voiced its support of the Black Lives Matter movement and its commitment to combating racism in all its forms. Planned Parenthood National has said that Planned Parenthood will be “turning inward and dedicating ourselves to calling out injustice and reckoning with our own institutionalized racism long-term.” In your own statement about America’s reckoning with racism, you said: “We demand justice…we must demand an end to the inequity that continues to define every moment of life for Black America.”

But Ms. Johnson, will you confront the iniquity that your abortion practices perpetrate against Black lives? Will you fight the racism that targets Black lives in the womb?

The impact of abortion on Black communities is unequal and disproportionate. Despite constituting only 13% of the female population, Black women represent 36% of all abortions, and Black women are five times more likely than white women to receive an abortion. In some cities, like New York, more Black children are aborted every year than are born alive.

This massive iniquity, and the disproportionate harm it does to Black Americans, is fully in keeping with the racist, eugenicist vision of your organization’s founder. Margaret Sanger wanted to use abortion and contraception to cull minority populations.

When Black employees of Planned Parenthood of New York called for the removal of Laura McQuade as president and CEO, they raised awareness about the toxic culture and systemic racism within the organization, including pay inequity and racial inequities among patients. This is no surprise considering the organization’s founding beliefs about minority and vulnerable populations.

We call on you to change that. Planned Parenthood National must renounce the views and legacy of its founder and acknowledge and discontinue its ongoing systemic targeting of Black Americans with abortion facilities.

You are right that every American must confront, challenge, and dismantle the racist institutions and practices that surround us. Planned Parenthood must do the same.