Bishops in Haiti Condemn the Uncontrollable Violence and Call for Peace 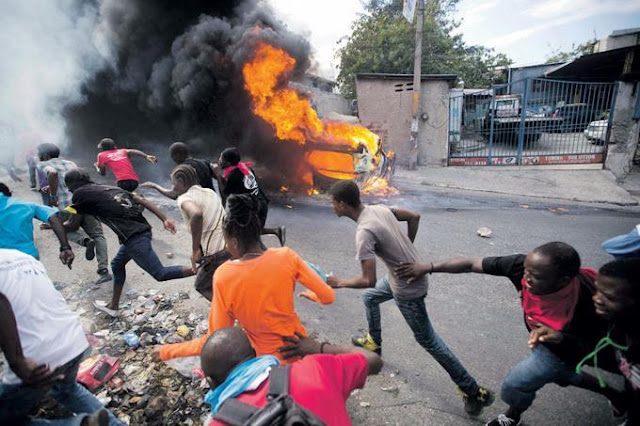 Port au Prince (Agenzia Fides) - "We, the Catholic Bishops of Haiti, strongly condemn the assassination of Monferrier Dorval, President of the Bar of Port-au-Prince, as well as all the latest assassinations with firearms perpetrated in the Country. We take this opportunity to extend our sincere condolences to the victim's family and to the Bar of Port-au-Prince. Unfortunately this reality has become the daily life of the population who now live in shock, trauma, anger, indignation, revolt and concern. It is not only an extreme and serious attack on life, but it is also an attack on justice, peace, social conviviality, coexistence for the construction of a just, fraternal, harmonious and peaceful society". It is with these words that the statement of the Episcopal Conference of Haiti, sent to Agenzia Fides begins, in which the prelates stigmatize the "endemic insecurity, the violence of armed gangs that afflicts the country, sowing death, mourning, affliction, desolation and fear". "These situations - they warn - lead Haiti straight into the abyss".
The document then turns to the authorities: "Why do the authorities and the police remain indifferent, arms folded, and do nothing? Why has the country been handed over to bandits and murderers? We can no longer go on. The peaceful population is tired. People have had enough of empty rhetoric, false promises and fruitless investigations. They immediately call for concrete and strong actions to definitively eradicate the insecurity and impunity that increase misery and despair!".
The Bishops therefore ask for "immediate action", fearing that, if action is not taken promptly, "it will be too late". "The country is sinking into the darkness of economic stagnation, suffering and despair. There must absolutely be national action, of all the moral and spiritual forces in the country, otherwise it will sink into the abyss forever", concludes the text sent to Fides.
Between January and June, about 243 people were victims of armed violence in the capital of Haiti alone, according to a report by the Haitian Episcopal Commission for Justice and Peace. Last Thursday a businessman was shot dead in his car in the capital at noon, without the perpetrators being identified or arrested. In late June and early July, two peaceful demonstrations organized in Port au Prince to denounce this climate of insecurity were subject to police repression.
Part of the latest episodes of violence are due to clashes between armed gangs in the area of the capital Bel Air, which forced its residents to flee their homes to take refuge in Champs de Mars, Haiti's main square. (CE) (Agenzia Fides, 1/9/2020)