Cardinal Angelo Becciu Resigns, by Request of the Pope, after Implication in Financial Scandal but He Maintains Innocence 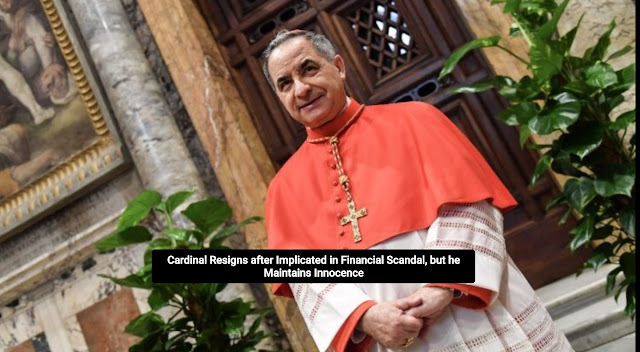 The Vatican reported that on Thursday 24 September,  2020, the Holy Father accepted the resignation from the office of Prefect of the Congregation for the Causes of Saints and from the rights connected to the Cardinalate, presented by His Eminence Cardinal Giovanni Angelo Becciu.

However, according to Rome Reports, Card. Angelo Becciu denies having committed any crime and denies having attempted to increase his family's wealth.

The Cardinal said, “Yesterday until 6:02 p.m., I felt like a friend of the pope, a loyal person who carried out the pope's orders. However, he spoke to me and said he no longer trusts me. He no longer trusts me because the magistrates told him I committed the crime of embezzlement.”

During a meeting, Pope Francis explained the accusations against him and asked the cardinal to resign.

Becciu explained, “He said that when I was Substitute at the Secretariat of State, I authorized a donation of about $116,000 to Caritas at the diocese of Ozieri, and that supposedly, those $116,000 were transferred to an association my brother runs. In other words, he said I used those funds for a different end that favored my brother.”

This was for a project to create jobs in one of Italy's poorest areas.

He denies that the money went toward his brother and explains that the diocese hasn't used it yet.

“I don't know if it's a conflict of interests. Yes, of course it would have been better if I hadn't donated the money, but I did it to help the diocese, not my brother. Those $116,000 belonged to the diocese. I will let the Holy Father be the judge of all this. I hope that sooner or later he will realize that there's been a huge mistake”, said Becciu.