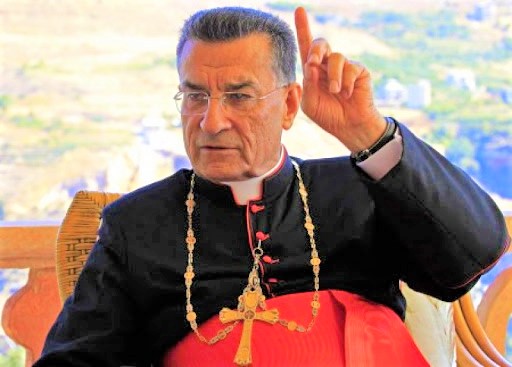 ASIA/LEBANON - Maronite Patriarch: the proposal on "Lebanese neutrality" is not aimed "against" Hezbollah
Friday, 11 September 2020

Beirut (Agenzia Fides) - The proposal to reaffirm the so-called "Lebanese neutrality", indicated in recent months on several occasions by Maronite Patriarch Bechara Boutros Rai as a way out of the crisis in Lebanon, should in no way be interpreted as a political stance hostile to the Shiite Hezbollah Party. The Maronite Patriarch himself strongly emphasized this, receiving on Thursday 10 September, at the summer patriarchal residence of Diman, the representatives of the so-called Spiritual Rassemblement, an interreligious body that brings together members of different Christian and Muslim confessions present in the country.
Lebanon - explained the Maronite Cardinal - is neutral by nature, precisely by virtue of its cultural and religious pluralism, and the Lebanese national pact is based on this pluralist neutrality. If we do not continue to walk in the wake of this neutrality - the Patriarch pointed out - "the Maronites will move towards France, the Sunnis towards Saudi Arabia and the Shiites towards Iran". The plural and neutral connotation of Lebanon, according to the Maronite Patriarch, was put in crisis during the civil war, by the emergence of the sectarian militias fighting each other. Thus the Lebanese nation risks being upset and torn apart in the clashes between geopolitical blocs that are confronted in the Middle East. This process - continued the Primate of the Maronite Church - is at the root of the international isolation and impoverishment of the Lebanese people: a spiral from which one can only escape by reaffirming one's own plural identity and the consequent position of Lebanese neutrality with respect to the conflicts that upset the Middle East.
The representatives of the Spiritual Rassemblement wanted to express their unanimous consent to the proposal to reaffirm the "Lebanese neutrality" supported by Cardinal Rai, which they appreciated as a historical position that protects Lebanon from any foreign intervention aimed at making the Country a vassal of other States.
The reaffirmation of the “active neutrality” of the Land of Cedars was set out in an organic way by Patriarch Rai in the "Memorandum for Lebanon", a document published in mid-August.
The Maronite Patriarch, in his speech before the Spiritual Rassemblement, reported that all the Lebanese political forces have expressed their official considerations and reactions to this proposal in various ways, with the exception of the Shiite Party of Hezbollah. In this regard, the Primate of the Maronite Church wanted to deny the "misunderstandings" of the media and analysts who in recent weeks have interpreted and presented the proposal on "Lebanese neutrality" as a political initiative aimed at isolating Hezbollah and targeting its links with Iran. "Everything that has been written in the newspapers", said Patriarch Rai in this regard "does not concern me and does not affect me. My position on neutrality is not against Hezbollah, but has the good of all Lebanese at heart, because today poverty affects everyone". Speaking of himself, the Patriarch said he was "Lebanese before being a Maronite". (GV) (FULL TEXT Source: SAgenzia Fides, 11/9/2020)