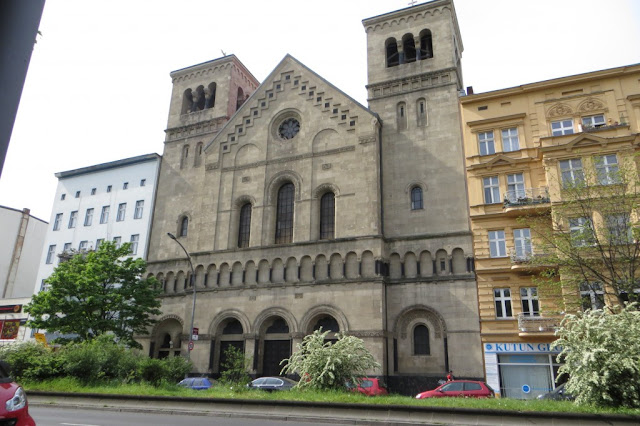 At first, the man is said to have sat quietly on a bench. But then he got up, spat on the church floor and went to the altar and punched the priest with his fist. The pastor of the Catholic St. Joseph parish on Müller Street (Wedding) was hit  and fell to the ground during morning mass.  Then he walked to the altar and shouted anti-religious sayings and ripped apart the Bible from the altar.  The priest, aged 61-year-old, was assisted by his brother (56), who was also present. The stranger attacked him too, beating him with the Bible. Then the attacker fled the church. Fortunately, the pastor and his brother were only slightly injured.  As the police announced, citing witness statements , the act happened in the morning at around 10:30 a.m. in St. Joseph's Church in Wedding.
According to the police, the pastor and his 56-year-old brother were treated on-site by ambulance workers. Both suffered only minor injuries.
See: https://www.berlin.de/polizei/polizeimeldungen/pressemitteilung.982677.php