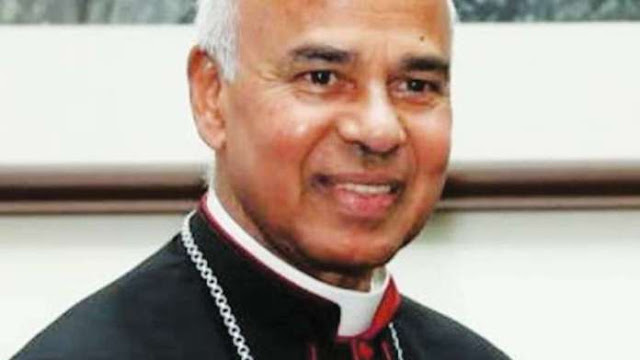 Archbishop Joseph Chennoth was born on 13 October 1943, at Cherthala, Alapuzha district, Kerala. He joined seminary in 1960 and did his philosophy studies at St. Joseph’s Pontifical Major Seminary, Aluva and the theology at Urbaniana Pontifical University, Rome. He was ordained priest on 4 May, 1969, in Austria. He returned to Rome to do doctorate in Canon Law.

He entered the diplomatic service of the Holy See in 1977 and worked in the Pontifical Missions in Cameroon, Turkey, Iran, the Section for the Relations with States of the Secretary of State, Belgium, Spain, Scandinavian Countries and the Republic of China (Taiwan) as Charge d’affaires a.i.

His Holiness Pope St. John Paul second appointed him as Nuncio to Central African Republic and Chad while serving the Vatican embassy in Taiwan in 1999. He was ordained Bishop on 30 October, 1999. He was transferred to Tanzania in 2005. He is a priest for 51 years and a Bishop for 20 years.