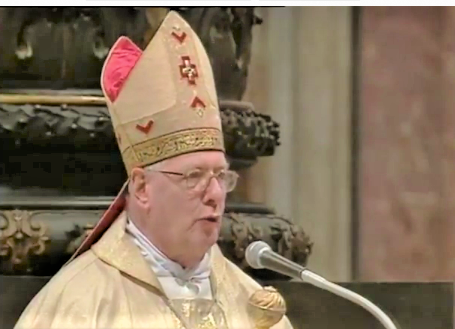 Pope Francis has sent condolences to Cardinal Willem Jacobus Eijk, the current Archbishop of Utrecht, in the Netherlands on the death of his predecessor, Cardinal Adrianus Johannes Simonis. “Commending his soul to the loving mercy of Jesus the Good Shepherd,” the Pope said, “I join you in giving thanks to Almighty God for the late Cardinal’s faithful witness to the Gospel, his years of devoted episcopal ministry to the Churches of Rotterdam and Utrecht, and his valued efforts in the service of ecclesial communion.”

The Holy Father then extended his Apostolic Blessing “to all who mourn Cardinal Simonis in the sure hope of the Resurrection… as a pledge of consolation and peace in the risen Lord.”

Cardinal Simonis died on September 2 at a care centre in the Netherlands. He was 88 years old.

With the death of Cardinal Simonis, there are currently 220 living Cardinals, of whom 122 are under the age of 80 and thus eligible to vote in a Conclave.

Cardinal Adrianus Johannes Simonis, Archbishop emeritus of Utrecht (the Netherlands), was born on 26 November 1931 in Lisse. He was one of a family of 11 children. After his studies in the Hageveld and Warmond seminaries he was ordained a priest on 15 June 1957. After this he served as curate of two parishes. From 1959 to 1966 he studied biblical exegesis in Rome where he completed his studies by defending the thesis ‘Die Hirtenrede’. The book deals with the texts concerning the Good Shepherd in the Gospel of John.

On 27 June 1983, he was nominated Archbishop-Coadjutor of Utrecht with the right of succession to Card. Johannes Willebrands. On 8 December 1983 he was installed as Archbishop. Since then, he had been the president of the Episcopal Conference in the Netherlands.

As Archbishop, he assumed the role of president of the Commissions for teaching and education and for religion. He was named Grand Chancellor of the Catholic University of Nijmegen. He had been dedicated to defending the catholic doctrine regarding matrimony, the family and the inviolable value of human life.

He was created and proclaimed Cardinal by St. John Paul II in the Consistory of 25 May 1985, with the Title of San Clemente (St. Clement).