Wow Catholic Nun Raises almost $200K for the Poor by Running on a Treadmill - Hoping to Break a World Record! 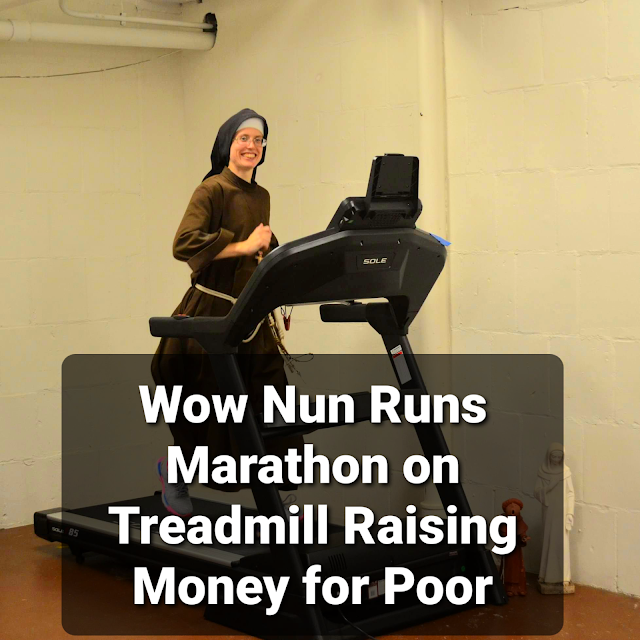 WATCH the Video Below as Sr. Stephanie Begins the Race and another Sister plays the National Anthem on the Cello!:

On Sunday, the Franciscan Sister of the Eucharist ran a 3:3 -marathon on a treadmill in the basement of her convent.

Sister Stephanie promised friends she would complete run on a treadmill if the race was canceled.

The Franciscan sister's long-distance run was livestreamed on YouTube and Zoom, and has raised over $124,000 for the Mission of Our Lady of Angels with more donations rolling in.

Demand has tripled for the mission's food bank, as reported by the Chicago Tribune.

“It is really beautiful because we’ve been delivering lots and lots of food to senior citizens stuck in their houses since March,” Baliga explained. “I’m doing this in solidarity with them.”

Baliga has run the Chicago Marathon each year since 2011, WLS reports, and plans to submit her time to the Guinness Book of World Records for the fastest women’s treadmill marathon.