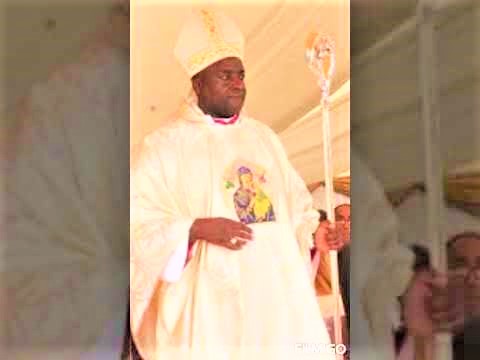 AFRICA/ZIMBABWE - "The militarization of doctors will push them to flee abroad" says the Bishop of Chinhoyi
Monday, 5 October 2020

Harare (Agenzia Fides) - "They bring bloodshed; they kill. Instead of freedom, they bring prison. They bring violence and imprison all those who oppose them. The only thing they know is violence". This is the harsh attack launched by His Exc. Mgr. Raymond Tapiwa Mupandasekwa, Bishop of Chinhoyi, on the government of Zimbabwe, heavily criticized in the Country for the violent repression of protests and for the management of the crisis due to Covid-19.
The Bishop in particular condemned the government of President Emmerson Mnangagwa for the arrests in July and the prolonged denial of bail for political activists and journalists accused of plotting for the unconstitutional removal of the government.
Mgr. Mupandasekwa then criticized the recent decree by Vice President Chiwenga to enlist newly graduated doctors in the army. Vice President and new Health Minister Constantino Chiwenga, a former army general, ruled that newly graduated doctors must be recruited as military doctors, otherwise they will not be able to work in state hospitals.
About 230 medical students passed their final exams and had to be sent to public hospitals as Junior Resident Medical Officers (JRMO) for three years of on-the-job training before they could open clinics. According to the trade unions, this is a measure that aims to prevent strikes by medical personnel at an extremely critical moment for public health and for the government, accused of failing to manage the pandemic emergency.
Mgr. Mupandasekwa said the government is causing "great distress" to doctors with this "unconstitutional proposal. The freedom party has refused to give freedom of choice to young doctors", he said, adding that the Country could soon find itself without any doctors following this decree. Public hospitals are fighting shortages of medicines and rely on the support of mostly Western donors. Senior government officials, including Chiwenga, often seek medical assistance overseas.
Zimbabwe's 2,000 young doctors have gone on strike twice in the past 12 months, denouncing wages of up to Z $ 9,450 ($ 115) per month. Many are ready to leave after finding better paid jobs in the region and abroad.
The harsh intervention of the Bishop of Chinhoyi follows the publication on August 14 by the Episcopal Conference of Zimbabwe of the pastoral letter, "The march is not over" (see Fides, 17/8/20200). In their Letter, the Bishops called on the government to assume its responsibilities in the face of the dramatic economic and health crisis aggravated by the coronavirus, and criticized the brutal repression of protest demonstrations. (L.M.) (Agenzia Fides, 5/10/2020)</div>