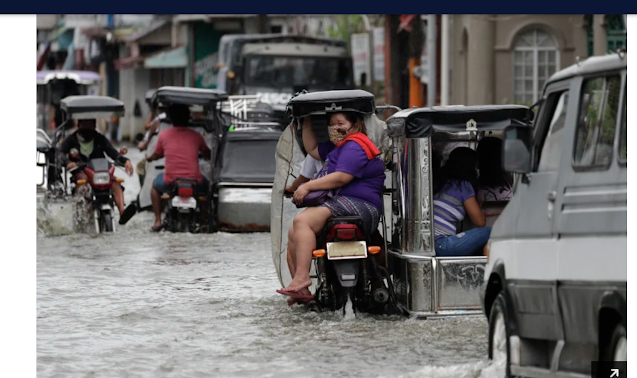 Typhoon Molave, nine dead and over a million displaced between the Philippines and Vietnam

Asia News Report: Manila and Hanoi on maximum alert, with the passage over the ocean it should acquire greater strength and reach its peak within 24 hours. In the Philippines it has already caused nine deaths and 12 missing, more than 70,000 displaced. Vietnam is preparing to evacuate 1.3 million inhabitants to central regions. A toll that is destined to worsen.

Manila (AsiaNews / Agencies) - The Philippines and Vietnam are on maximum alert for the passage of typhoon Molave, which has already caused several victims and over a million displaced.

According to experts, it is destined to grow even more in intensity, gaining strength in the passage into the open sea and then reaching peak power within the next 24 hours.

Molave ​​hit the coasts of the Philippine archipelago on 25 October, affecting over 900,000 people in various ways. Heavy rains flooded villages and cultivated fields, cutting off electricity supplies and razing hundreds of homes. Two days after the beginning of the emergency, tens of thousands of people are still refugees in reception centres.

The Philippines so far counts nine victims, but according to the National Disaster Risk Reduction and Management Council, [Ndrrmc] the toll could worsen in the coming hours. Three people died from drowning, surprised by the rapid rise in the water level.

At the moment there are also 12 people, mostly fishermen, missing after being overwhelmed by sudden floods. According to rescuers, over 70,000 displaced people are housed in 800 evacuation centres scattered around the archipelago.

While the damage is counted in the Philippines, in Vietnam it is a race against time to try to mitigate the effects of the typhoon that should hit the central coasts of the country in the coming hours. The authorities have begun evacuation operations for 1.3 million people in the region, already hit in recent weeks by heavy floods with victims and damage for millions of dollars.

Last night, Vietnamese Prime Minister Nguyen Xuan Phuc spoke with provincial leaders, asking them to remain ready for a sudden worsening of the situation. In the northern sector of the central highlands of Vietnam, the epicentre of national coffee production, according to experts, up to 200 mm of rain could fall in a few hours starting from today evening.

Typhoons and hurricanes are a frequent phenomenon in the region, and the passage causes extensive damage in many cases. In the Philippines the memory of the super-typhoon Haiyan is still alive which, in 2013, struck over 7,300 victims and missing.