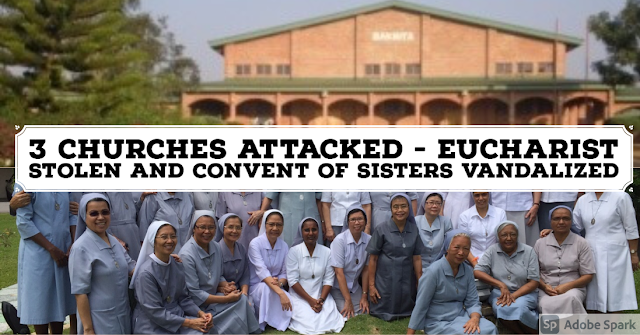 Unknown said…
The people who do this are demonic, and must be dealt with in the same violent way that they attack these churches, convents, and the people living and working there. Prayer will not affect these people in a positive way; only through torture and death will they (others like them) be deterred from making similar attacks. Note that such events have steadily increased since Francis was ordained as pope. Those who think this man serves God, are mistaken. No man can truly serve as pope while another is living. Those who fail to realize this are contributing to the destruction of the Church. If you don't understand this now, trust that you will come to understand it very soon.
October 14, 2020 at 11:10 AM