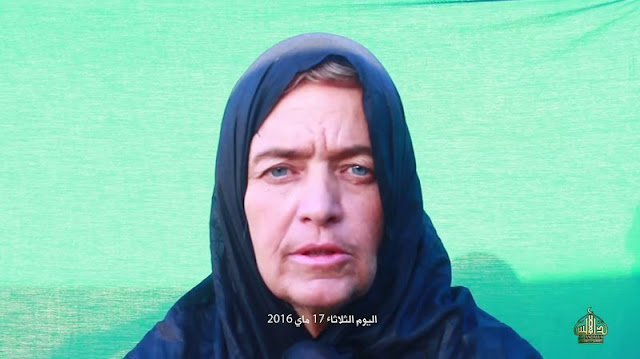 Press Release from the Gov. of Switzerland:
Swiss hostage in Mali killed by terrorists
Friday afternoon the French authorities informed the Swiss authorities that the Swiss hostage in Mali is dead. She was apparently killed by kidnappers of the Islamist terrorist organization Jama'at Nasr al-Islam wal Muslim (JNIM) about a month ago. 09.10.2020
A Swiss hostage has died in the conflict region of Mali. "It was with great sadness that I learned of the death of our fellow citizen," says Federal Councillor Ignazio Cassis. "I condemn this cruel act and express my deepest sympathy to the relatives.” The exact circumstances of the killing of the Swiss hostage are currently still unclear. The information about the killing was obtained by the French authorities from the recently released French hostage. Switzerland demands handing over of mortal remains The Swiss authorities, under the direction of the Federal Department of Foreign Affairs (FDFA), are making every effort to find out more about the circumstances of the killing and the whereabouts of the remains. Switzerland will make every effort to preserve the remains of the Swiss hostage.
To this end, the FDFA will also approach the transition government in Mali. Interdepartmental task force in action Together with the relevant Malian authorities and with international partners, the Swiss authorities have worked over the past four years to ensure that the Swiss citizen is released and can return to her family.
Members of the Federal Council have personally and repeatedly lobbied the relevant Malian authorities for her release. An interdepartmental task force under the leadership of the FDFA was deployed. The task force included representatives of the FDFA, the Federal Office of Police (fedpol), the Federal Intelligence Service (NDB) and the Federal Prosecutor's Office. In addition, the authorities were in constant contact with the victim's family. https://www.eda.admin.ch/eda/en/home/das_eda/aktuell/newsuebersicht/2020/10/schweizer-geisel-mali.html
Posted by Jesus Caritas Est at 12:20 PM